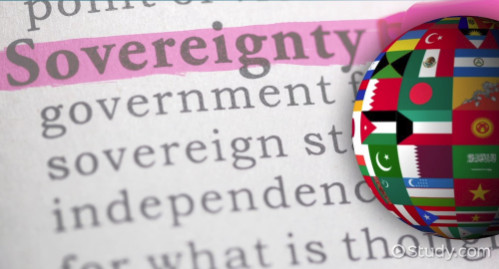 This morning there was a hearing broadcast on C-Span titled International Internet Policies.  One of the witnesses was a man named Chris Painter.  He was introduced as being a former State Department employee and now Chairman of the Global Commission on the Stability of Cyberspace.  If you go to the page on C-Span where you can view the hearing, it’s interesting to note that the members of the congressional committee are listed but the witnesses are not.  That’s unusual and is no doubt because they are members of international organizations.

Senator Roger Wicker (Rino-Mississippi) is the Chairman of the Communications, Technology, Innovation and the Internet subcommittee of the Commerce, Science, Transportation Committee.

Senator Wicker is also the Chairman of the U.S. Helsinki Commission which is the U.S. representative agency of the Organization for Security and Co-operation in Europe (OSCE).  The OSCE is an intergovernmental, parliamentary assembly.

The two witnesses of interest to this writer are:

Michael Chertoff, the Ghoul of Homescam Security, now the Co-Chair of the Global Commission on the Stability of Cyberspace.

Christopher Painter, former State Department employee and now a member of the Global Commission on the Stability of Cyberspace.

It’s important to emphasize that every treaty that the U.S. enters into, not only transfers sovereignty to an international body, it puts the domestic control into the hands of the State Department as the overseer of international agreements.

The way this sausage appears to be made is that Congress holds hearings, the Uniform Law Commission writes the uniform law for the states, the states pass it and in so doing they are also transferring sovereignty to the international body.

If we are going to stop the shift to an unaccountable, uncontrollable global governing system, we have to pay close attention to these types of hearings and the dialectics that generate the need for them.   Once a global governing system takes control, it will be the end of the United States as a nation-state and the Constitution that created it will become just a relic of history for the Smithsonian.