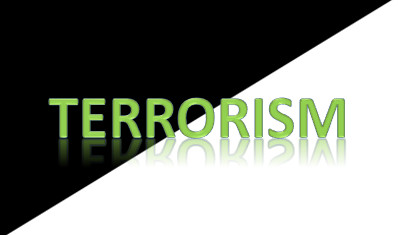 Turning Point for the Coup

On September 7, 2005, former Secretary of State, Madeleine Albright attended a conference hosted by the New America Foundation. The title of the conference was Terrorism, Security and U.S. Purpose.  The subject of the interview was questioning the wisdom of making terrorism the central theme of U.S. foreign policy.  The following is a clipped version of the program.  The full program can be viewed on C-Span.

After September 11, 2001, terrorism became the central theme in U.S. foreign policy.  The focus was on Afghanistan as the hub of terrorism in the Middle East but it quickly shifted Iraq which Albright said was a mistake. Iraq was a problem but terrorism was not it.

In the War on Terror, Albright said military is required but other tools in the toolbox must be used in a more coherent way. Diplomacy, understanding of the history and culture of the countries we are dealing with using dialogue plus intelligence sharing, police activity, building of alliances, dealing with it as an international issue and dealing with root causes in other ways.

Paraphrasing Albright – it was a mistake to make everything revolve around terrorism because to some extent it gives a lot to the terrorists who now know they are central to our lives. More importantly, it gave one political faction the opportunity to define their political opponents as terrorists.

Terrorism in the U.S. as the Central Theme

In the United States, the left began to define who the terrorists were in the 1990s beginning with Ruby Ridge, followed by the FBI-led truck bombing of one of the WTC towers, the FBI’s siege on the Branch Dividians at Waco and then the bombing of the Murrah Building in Oklahoma City. 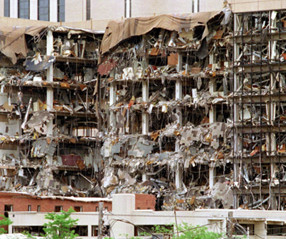 Wednesday, April 19, 1995    At 9:02am a truck ripped away the facade of the Alfred P. Murrah Federal Building in Oklahoma City killing 169 citizens, including 19 children. The  blast left a 30 ft. wide, 8 ft. deep crater on the front of the building. Local responders, fire fighters, police force, and urban search and rescue teams rushed to the scene. The president ordered deployment of local, state and federal resources. This was the first time that the President’s authority under the Stafford Act (section 501 (b)) was used, granting FEMA primary federal responsibility for responding to a domestic consequence management incident.

The purpose of the President’s Commission on Critical Infrastructure Protection is to bring together the government and the private sector to develop a strategy for protecting and assuring the continued operation of this nation’s critical infrastructures. These include telecommunications, electrical power systems, gas and oil transportation, banking and finance, transportation, water supply systems, emergency services (including medical, police, fire, and rescue) and government services. 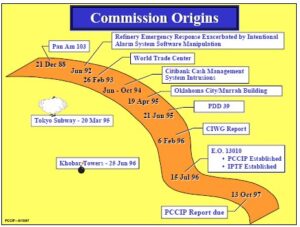 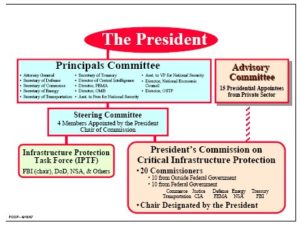 Members of the Advisory Committee

The left already had a relationship with the tech industry through the Democratic Leadership Council combined with the “reinvention of government” program which was initiated by Al Gore and Bill Clinton immediately after taking office in 1993. The bombing of the Murrah Building gave the excuse to initiate the project of building the technocratic police state surveillance and control systems behind the concept of protecting critical infrastructure.  Notice Donald Gips, telecommunications executive, on the steering committee of PCCIP.

The Northwest of the United States in any analysis would be a center of opposition to leftist coup plotters.  In the late 1970’s a man named Richard Butler formed a group called the Aryan Nations.  It’s my personal belief that Butler and his group were actors in a stage play – not true believers.   They were straw men set up to knock down but leaving behind the stench of something abhorrent to be used as a propaganda weapon in the future.  This is a well-known, well-worn tactic of some well-known communist organizations in the U.S.

The legend of the American domestic terrorist combined with the dada of Richard Butler began in earnest with the set up of Randy Weaver on Ruby Ridge in 1992.  No doubt that coincides with the left’s organization of non-profits set up for the planned coup d’etat and socialist/communist takeover.

What this setup allowed them to do was to flip the paradigm.  It was the turning point for the coup to come.  It had always been the left that bombed buildings and carried on terror campaigns.  After Butler and Ruby Ridge, the left began the propaganda campaign against conservatives and especially Christian conservatives to make them the domestic terrorists.  Tricky devils aren’t they? 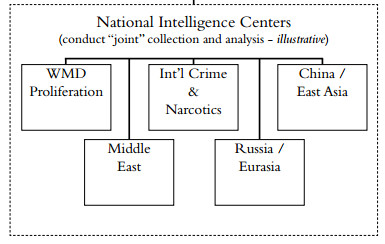 Unity of Effort in Intelligence

Three commissions on terrorism; reports completed prior to 9/11.

Click HERE for information on the three Commissions and 9/11 as the pretext for the Global War on Terror.