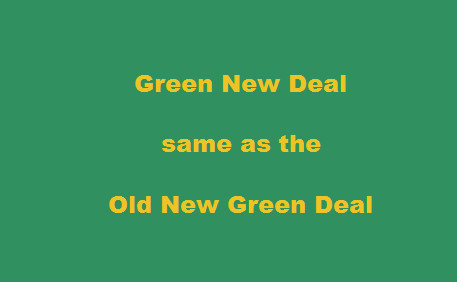 During the first two weeks of June in 1992, the United Nations Conference on Environment and Development – also known as the Earth Summit was held in Rio de Janiero, Brazil. It was a meeting of parliamentary leaders who were being asked to sign two treaties: the Convention on Climate Change and the Convention on Biological Diversity – both legally binding. There was a second group at the Summit, the Forum of Spiritual Leaders who dubbed the Conference, the Forum of Spiritual and Parliamentary Leaders for Human Survival.

On June 2, 1992, one day before the Summit was scheduled to begin, Senator Al Gore was the guest on C-Span.  The following was the first question along with Gore’s answer:

Q:  Senator Al Gore, Why is the UN Earth Summit in Rio so critical to the world?

A:  It’s the beginning of a completely new direction in world history.  I don’t think that overstates it because now with communism defeated and the world conceiving of itself as a single community of nations making up a global civilization, the task of saving the earth’s environment is going to become the central organizing principle in the post-cold war world.

The magnitude of what Al Gore said can’t be overstated.

The new organizing principle of the world will be to save the environment!

Of course a new organizing principle for the world meant that new leadership for the world was required because the old leadership would be locked into the mindset of the old way of doing things.  Senators Al Gore and John Kerry had a solution for that – new global leadership.  In the introduction of Senator Gore for the keynote address for the Earth Summit, the host for the event, John Denver introduced Al Gore as the President of Global Legislators Organization for a Balanced Environment (GLOBE).  [Note:  the slimey devils of GLOBE changed the history page that I linked to above.  I recovered the original page from the Internet Archive.   GLOBE history original page.  Here is a link to the new history page.  Why do you suppose they wanted to change history???]

The Heart of the Conspiracy for the 21st Century Panopticon

GLOBE was founded in 1989, the same year that the Asia-Pacific Economic Cooperation organization was founded. The following is an excerpt from GLOBE’s history:

“GLOBE International was originally founded in 1989 by legislators from the US Congress, European Parliament, Japanese Diet and the Russian State Duma with the mission to respond to urgent environmental challenges through the development and advancement of legislation.” 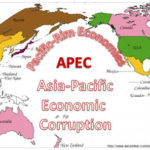 “Japan and the Soviet Union were working together and the focus was on a new non-military form of security for the region”.  1988

On the GLOBE history page:

A policy programme focusing on the advancement of environmental economic accounting as a tool for decision-making and, where appropriate, the incorporation of the valuation of natural capital into national accounts was launched in a summit held in the German Bundestag in June 2013.

One of the questioners at the Spiritual Forum (June 5) asked about environmental accounting and possibly modifying the national accounts ledger.  Al Gore answered in the affirmative.

At the time of the Earth Summit conference, Boutros Boutros-Ghali was the Secretary General.  The following is from his biography on the United Nations website: 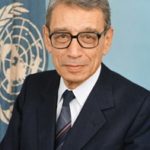 Mr. Boutros-Ghali has had a long association with international affairs as a diplomat, jurist, scholar and widely published author. He became a member of the Egyptian Parliament in 1987 and was part of the secretariat of the National Democratic Party from 1980. Until assuming the office of Secretary-General of the United Nations, he was also Vice-President of the Socialist International.

And GLOBE apparently serves as global leadership for environmental law-making:

Before the Earth Summit

June 1, 1992  Al Gore giving a press conference in the Senate Gallery about the Earth Summit and his statement about the Bush Administration’s policy that no commitments would be made at the Summit.

June 2, 1992  Al Gore gave an interview about the Earth Summit and what his views were on what it was about.

June 2, 1992 Senator John Chafee (R-RI) was the Vice Chairman of the delegation that was scheduled to go to the Earth Summit in Rio de Janeiro.  He gave this interview to discuss the issues.  Chafee was on the Senate Environment and Public Works Committee.  Public Works is the header under which domestic development issues managed.  (see eda.gov).

During the Earth Summit

June 3, 1992 Plenary Session on the opening day of the conference.  C-Span broke up the recordings of the session into four segments.  In the second segment, Maurice Strong spoke.  This event was the one with the famous quote – declaring war on the industrialized countries.

June 5, 1992  Al Gore gave the Keynote Address at the Summit

June 5, 1992 The Forum of Spiritual Leaders held a news conference before the main conference started.  John Denver hosted the event.  Al Gore and the Dalai Lama both spoke.  Al Gore answered questions from the audience.

June 8, 1992  Panel discussion on the role of media in the movement for the environment.  Maurice Strong, Director of the Conference introduces Ted Turner, President and CEO of Turner Broadcasting (CNN) to lead the discussion.  The panel had 4 speakers but only two were clipped.  The full program should viewed at C-Span.

After the Earth Summit

July 28, 1992  House Foreign Affairs Committee hearing on the Earth Summit and the implementation of the agreed upon protocols.

September 18, 1992  Senate hearing on the UN Framework Agreement on Climate Change (UNFCC).  Al Gore’s testimony was more about technology to sell to world than it was about the environment.  He was afraid Germany and Japan would capture the world markets for environmental technology. In his testimony, Al Gore said that he worked closely with John Kerry and Tim Wirth.  The significance of that is the concept of “polluter pays”.  Polluter pays was presented as if it was an entrance fee to a state park to pay for the maintenance of the park but that wasn’t really what they were talking about.  The polluter tax is a social tax – arbitrary tax for using or buying anything that contributes to “pollution” or degradation of the environment.  Your very existence is “pollution”.  This was the beginning to the movement to Green Accounting.  Green Accounting turns the economic system on its head.  Normal accounting considers building and producing as positives in the ledger.  Green accounting flips that and considers them liabilities.

Going back to GLOBE – Global Legislators Organization for a Balanced Environment, Senator Ed Markey is also involved.  The following image is from the GLOBE history page:

In February of this year, Ed Markey as the co-sponsor appeared with Alexandria Ocasio-Cortez when she announced her Green New Deal Resolution.   That event was civilized.  At the latest event for the proponents of the Green New Deal, Markey should be charged with inciting a communist revolution.   The sad part of it is that most of the young people at this event don’t have any idea that the green jobs they want are the jobs for the police state – technocratic control systems of the panopticon.

The Green New Deal was launched at the Earth Summit in 1992.   In 1993, Chairman of the Joint Chiefs of Staff announced a Green Marshall Plan for Russia.  What we (the people) didn’t know was that Japan was already conspiring for the creation of APEC – the Asia-Pacific Economic Cooperation (APEC) organization for “open regionalism”  and with the leaders of GLOBE for a global parliamentary body as shown above and with Germany for ECOTECH – technology and social business for control behind the curtain of saving the environment from people. 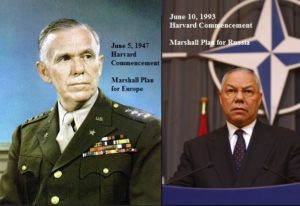 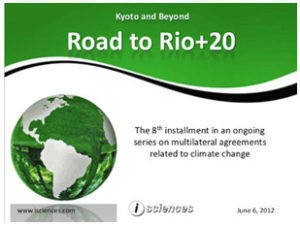