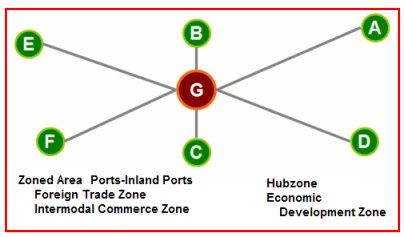 The Seamless Web for Community Integration

In 2013, China announced the Belt and Road Initiative.  The video on the right explains the concept.

China’s transportation project didn’t start in 2013.  It was only announced in 2013. They may be exploiting the plan, but it wasn’t their plan.  The idea of an international transportation system centered around transportation hubs (ports) was purely homegrown – made in America (emulating the British Empire).  It has been operative since at least 1990. 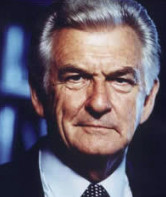 This story begins on June 23, 1988 when Australian Prime Minister Bob Hawke gave an address to a joint session of Congress (video on the right).  He laid out his vision for a new relationship between the U.S. and Australia and other countries of the Pacific Rim.

The result of Bob Hawke’s Address to Congress was the establishment of the Asia Pacific Economic Cooperation (APEC) organization.  The first meeting was in November of 1989 in Canberra, Australia.  In his welcoming remarks to the attendees Prime Minister Hawke said the following within the context of a Pacific Century.

. . .I express my heartiest welcome to our guests today – to Ministers and senior officials from Brunei, Canada, Indonesia, Japan, Korea, Malaysia, New Zealand, the Philippines, Singapore, Thailand and the United States of America – I do so, first, with a deep sense of personal satisfaction.

But much more importantly, I do so with a sense that we are participants in an unprecedented, vital experiment in international consultation – we have made an historic breakthrough where previous efforts, for different reasons, had failed.

This is the first time the region has met, as a region, to discuss the economic future of the region.

A paper posted on the ResearchGate website titled, The Genesis of APEC: Australian-Japanese Political Initiatives by Takashi Terada of Doshisha University gives a more thorough background history of the founding of APEC.

With the benefit of hindsight, Hawke was talking about a global forum for commerce.  The idea was globalization of the economies of member nations, re-distribution of commercial activity (jobs and wealth), and central planning for commercial trade facilitation for the Pacific Rim nations.

In a Background overview for the first meeting of APEC, the writer describes the objectives.  The paper is written for academics so you have translate each paragraph into real language keeping in mind that they are planning the gutting of the American economy.

The areas of focus in the overview included:

Kabun Muto, the Minister of International Trade and Industry of Japan (MITI) talked about the rapid changes in Eastern Europe.  He said “we should welcome and encourage the shift to market-oriented economy.  (He meant Common Market not market oriented as we in America think of it).  His priority for APEC was the following:

The Environment and the Economy

Fourth, I wish to comment on one of the most important challenges confronting the mankind, that is the global environment, and global warming in particular. In resolving this problem, it is necessary to ensure the compatibility, now and in the future, of economic development and environmental protection.

This will be possible through technological breakthrough. It is necessary, therefore, to embark upon a comprehensive and long-term undertaking on a global level including technological development and transfer. For this purpose, our government is proposing a global revitalization plan, which we are calling ”The New Earth 21“, to restore over the, next one hundred years the planet Earth, which has transformed in the past two centuries. I hope that deliberations on global warming will be conducted in the APEC from such a viewpoint, including technological development and transfer in the APEC region.

Rise of the Demons of Community

Recapping the timeline of world conversion to “community” trapped in a seamless web of integrated global systems beginning with transportation:

1989 –  Global Legislators Organization for a Balanced Environment (GLOBE) is established by “by a group of cross-party legislators from the US Congress, European Parliament, Japanese Diet and the Russian State Duma with the mission to respond to urgent environmental challenges through the development and advancement of legislation. GLOBE International was established as a non-profit international association registered in Brussels, Belgium.”  John Kerry, a founder and probably Al Gore, maybe Edward Markey. ”

1992 – Earth Summit, United Nations Conference on Environment and Development and the Rio Global Forum for Spiritual and Parliamentary Leaders  organized by Akio Matsumura.  Al Gore is President of GLOBE and he said there was a “a new organizing principle for the world”.

The Business of Social Control

I almost forgot to tell you – Congressman Norman Mineta wrote the legislation for the North American portion of the global transportation system that China calls the Belt and Road.

Mr. Mineta served as chairman of the House Public Works and Transportation Committee between 1992 and 1994. He chaired the committee’s aviation subcommittee between 1981 and 1988, and chaired its Surface Transportation Subcommittee from 1989 to 1991. During his career in Congress he championed increases in investment for transportation infrastructure, and was a key author of the landmark Intermodal Surface Transportation Efficiency Act of 1991 which shifted decisions on highway and mass transit planning to state and local governments. ISTEA led to major upsurges in mass transit ridership and more environmentally friendly transportation projects, such as bicycle paths. He also pressed for more funding for the department’s Federal Aviation Administration (FAA). Later in Congress he also served on the House Intelligence Committee.

The next meeting of the Global Forum of Spiritual and Parliamentary Leaders was held in Moscow in 1990. According to the history posted on the International Green Cross website, this time the conference was named the Global Forum on Environment and Development for Survival. This event was also organized by Akio Matsumura.