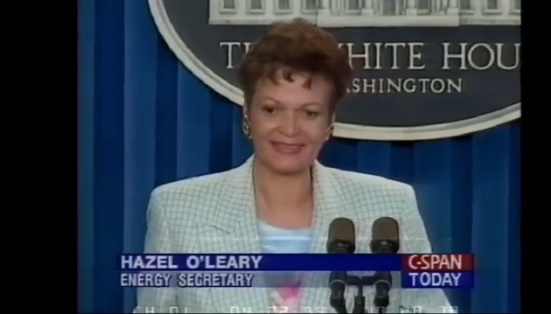 How sweet it is to be running rackets from the inside through the government regulatory system. And the best part is that when people think of racketeering, they think of the mafia and gangsters. Personally, I think gangsters are amateurs compared to America’s intellectual, “green” elite Eco-Fascists that hail from only the very best universities and institutions. The best part of the best part of regulatory racketeering is that because they are running regulatory rackets from inside the government, there is nobody to prosecute them and by outside appearances, their victims can be made out to be the criminals as happened with Dwight Hammond and his son Steven. The stench from these rackets is overwhelming, but nobody in authority seems to smell it. Of course there is plenty of money to spread around so that could account for the olfactory impairments.

The primary focus of the President’s Council on Sustainable Development (PCSD) was control of natural resources and the entities that were the end users of those resources – up the supply chain so to speak.  The use of the term Energy was clever in that it encompassed not only transportation as the end use for most oil production but it also included the utilities and electricity because electricity is produced from fuel oil, coal and natural gas.   In a modern society, an enforceable monopoly control of electricity is the means by which the country, the economy and the people can be controlled.

The focus here is electricity and the renewables racket.  The PCSD constituted conquest of the regulatory agencies of government. The modus operandi was to use “volunteerism” to allow the “market” to decide how best to reduce carbon pollution released into the air while at the same time conserving non-renewable (allegedly) resources. Regulatory volunteerism is like a situation in which you are walking down a street and a guy comes up and points a gun at your face.  He politely asks if you would like to give him your wallet.  You respond, yes I would.  I’d be happy to give you my wallet.   The robber then claims you voluntarily gave him your wallet.

On April 21, 1994, Katie McGinty, the White House Director of Environmental Policy held a special environmental briefing  in recognition of Earth Day.  One of the briefers was Hazel O’Leary, Secretary of Energy.   O’Leary talks about her program of “volunteerism”.    The following is a video that I put together of what she said – along with a couple of other video clips.

There is actually quite a lot of content in that video – but you might need some background information to understand the significance.  The video links referenced are at the end of this post.

Starting with the last video first, on November 3rd 1995, Clinton and Gore held a press conference in which they had three businessmen who “won” a Project XL grant.  The one I took the clip of – Scott Bernstein talked about “sharing credits” for reductions of emissions and that a Community Board would get the credits and would use them in their community.   I found one Community Board while researching CSI and the refugee resettlement program (I’ve actually found a couple of them).

In my research, I also found that Arizona Public Service, the electric utility in Arizona was building ‘affordable housing’ in Idaho (and so was Idaho Power).  The Falling Star     White Collar War

There are many significant things in that report but one in particular that I want to call to your attention.  That would be the U.S. Initiative on Joint Implementation.

Efforts undertaken cooperatively between countries or entities within them to reduce net greenhouse gas emissions — called joint implementation — hold significant potential for combating the threat of global warming and promoting sustainable development. Joint implementation is recognized under the Framework Convention on Climate Change (the Climate Convention) and is an approach open to all Parties to the Convention.

This Convention was referenced in a number of pieces of legislation in 1992 – not least of the which was the Energy Policy Act of 1992. (H.R.776)

In the Convention this is written:

3. The developed country Parties and other developed Parties included in Annex II shall provide new and additional financial resources to meet the agreed full costs incurred by developing country Parties in complying with their obligations under Article 12, paragraph 1. They shall also provide such financial resources, including for the transfer of technology, needed by the developing country Parties to meet the agreed full incremental costs of implementing measures that are covered by paragraph 1 of this Article and that are agreed between a developing country Party and the international entity or entities referred to in Article 11, in accordance with that Article. The implementation of these commitments shall take into account the need for adequacy and predictability in the flow of funds and the importance of appropriate burden sharing among the developed country Parties.

It’s the Joint Implementation that is the cause of “hot money” moving from place to place around the world.  It is what I’ve called the criss-cross double cross.  You screw ours and we’ll screw yours and that’s probably why George Soros is in this country doing what he is doing.   The Market Racket   Scroll down for Gazprom.

I hope some of this makes sense to you.  This is something you have to work at to understand but it really is key to what is happening to our country.

The BLM is the agency that issues permits for transmission lines which is the ticket to renewable energy credits.  They are in this up to their eyeballs.   When you look at the Community Board structure and the “credits” they get to spend and loan, it’s easy to see why there is local support for them among the connected even when the people of the community are harmed by them.