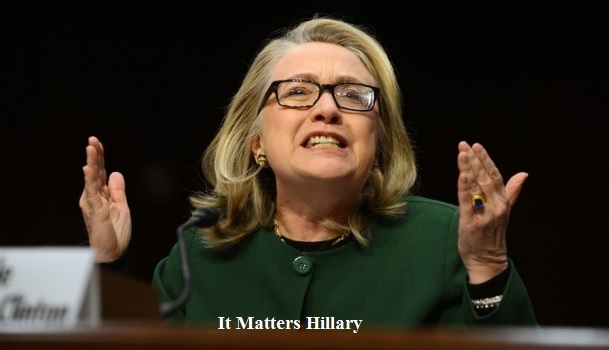 In the article I just posted titled, The Renewable Racket, I wrote a little bit about “Joint Implementation” at the international level and how that is a “criss-cross, double cross”.   If you noticed in the video, Hazel O’Leary talked about selling the technology for environmental clean-up worldwide.  One of the other speakers in the video or maybe she did, using an information system to report progress on the clean-up.    The technology that O’Leary was talking about was developed by NIST and the Office of Technology Assessment – no doubt at the National Laboratories run by the DOE.  That would include INL in Idaho Falls, ID.  The technology is gifted to individuals and they become the show dog entrepreneurs that supposedly start these incredibly successful businesses usually through the university small business bubble machines (innovation centers).  It’s like winning the lottery.

A couple of days ago, a friend sent a link to Wikileaks.  Hillary Clinton’s emails are there and searchable.  If you search on the names of the men who were murdered in Benghazi, you don’t get much because I tried that before.  However, if you search on ‘clean technology’  or ‘renewable’, you get a lot.  For example – keeping in mind the small business bubble machines described briefly above:

Joint Report By the Coordinators of the U.S. – Russia Presidential Commission

In the field of energy efficiency, American and Russian cities and utilities, such as in San Diego and Belgorod, are working together to maximize development of new Smart Grid technology and innovative energy savings performance plans. Our energy experts have also exchanged views on regulatory and policy approaches to stimulate energy efficiency and improve reliability across power distribution networks. American and Russian science institutions are collaborating to create new applications for nanotechnology in energy, environment, and health fields. We are also developing joint research projects and other initiatives to further drive innovation in clean energy solutions. New university partnerships and educational exchange opportunities, including within the framework of the Fulbright Program, have been announced to expand collaboration on joint scientific research and increase entrepreneurial capacity. The Association of American Universities and the Association of Leading Russian Universities have launched a long-term, multi- disciplinary initiative to foster greater cooperation between American and Russian research universities.

In the Energy Policy Act of 1992 which was mentioned by O’Leary,

(l) DEFINITIONS­ For purposes of this section­­

(1) the term `host country’ means a foreign country which is­­

(A) the participant in or the site of the proposed renewable energy technology project? and
(B) either­­ —

(i) classified as a country eligible to participate in development assistance programs of the Agency for International Development pursuant to applicable law or regulation? or
(ii) a developing country.

(2) the term `developing country’ includes, but is not limited to, countries in Central and Eastern Europe or in the independent states of the former Soviet Union.

Concerning developing countries, refer back to the section I pulled out of the United Nations Framework Convention on Climate Change.  What you’ll see is that what they set up here is a deadly embrace.  Foreign “entrepreneurs” are used to compromise the electric grid of the respective countries using renewable energy (wind, solar, methane, etc.) as the reason to justify the implementation of “smart technology” for the smart grid.

GENI –  control access to energy and you control the world.

Bill and Hillary were continuing the Clinton energy programs of wiring the world for totalitarian control of energy.