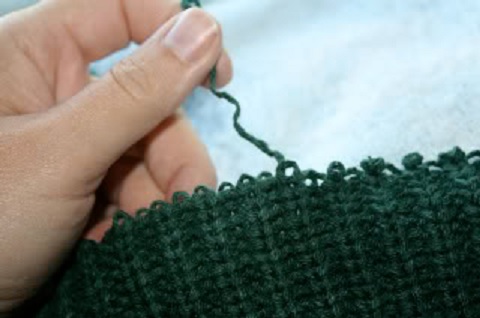 In February of this year, the Twin Falls City Council invited a group to speak about a Gateways Challenge Grant application that she filled out and sent in to the Partnership for a New American Economy (PNAE).  I can’t quite remember the name of the group but it had something to do with Welcoming Refugees so I wrote an ACTION ALERT and posted it on TVOI News to have people attend the meeting.

There was no city money involved.  What the woman wanted was for a representative of the City Council to sit on the steering committee that would be established with the grant money.  The purpose of the steering committee was to survey the community to look for needs for … this is where it gets cloudy.  She said her group welcomed refugees but the Gateways Challenge Grant was to:

Immigration is one of our nation’s greatest assets. As immigrants move beyond traditional gateways like New York and Los Angeles to communities across the country, neighborhoods have been revitalized, small businesses have flourished, and cities have been enriched by the economic, civic, and cultural contributions of new Americans. Recognizing this value, local governments, chambers of commerce, and non-profit organizations are joining forces to develop multi-sector strategic plans for attracting, retaining, and integrating immigrants and international talent. Such plans have spurred new initiatives to support immigrant and U.S.-born entrepreneurs, promote citizenship and financial empowerment, improve public safety, and advance education and workforce goals to help regions compete in the global economy.

To support the development of these plans in communities across the United States, the Partnership for a New American Economy Research Fund (PNAERF) and Welcoming America announce the Gateways for Growth Challenge. The Challenge is a competitive opportunity for local governments, chambers of commerce, and non-profit organizations to jointly apply for research, technical assistance, and matching grants to support their strategic planning processes. Interested communities should submit a Letter of Intent by Friday, February 5 …

Shawn Barigar is apparently the Boss Hawg of Twin Falls County – just like Grasty McNasty in Harney County Oregon (Malheur Refuge infamy).  Barigar is both the President of the Chamber of Commerce in Twin Falls as well as the Mayor.   It’s not clear in what capacity he attended the Refugee Welcoming group’s meeting.   The city should buy him two hats – one for each of his two faces so we can identify who he is representing at any given moment.

The Gateway Challenge Grant is a matching grant.   The Welcoming Woman told the Council that Chobani, a local yogurt producer would provide the matching half of the grant.  The Partnership for a New American Economy would provide the other half.    The following graphic is on the PNAE website.   It’s pretty clear that the objective of billionaire and former Mayor of NYC,  Michael Bloomberg’s group is to manipulate the vote but that’s not the racket I’m writing about today.

There was one other man who testified to the Council in support of the Welcome Woman’s grant application.  He was the President of the Dairymen’s Association in Twin Falls County.    GOT MILK?

It’s well known that the dairies use illegal labor.  On any given day, ICE could raid a dairy and fill up a bus with illegals but that’s not the racket I’m writing about either.   (Aren’t we lucky there are only 24 hours in a day for them to run rackets?)

Ultimately after some discussion and being tortured by Greg Lanting and his “heart-warming” story of his family being immigrants who came here from WESTERN EUROPE (come on people – get a new schtick), the Council voted to send a representative to the Welcome Woman’s Steering Committee meetings and Lanting would be that representative.

So what’s the racket?

First, we have to look at Chobani.  When it was announced sometime in 2011, that a company named Chobani would be building a yogurt production facility in Twin Falls and that the “entrepreneur” was Hamdi Ulukaya from Turkey, I began heads-down research.   Why?  because I had just finished researching a foreign entrepreneur in Pocatello who started a company called Hoku that ultimately ended up in the hands of the Communist Chinese and before that, I investigated a site in Meridian ID that a 23-person delegation from China came to see.  I called the site a Trojan Triangle because it was clearly a multi-level construction that needed a name to hold the component parts together.    One of the patterns that I was tracking was foreign entrepreneurs because the media had gone overboard with the propaganda of Americans being lazy, stupid, uneducated, don’t want to work, etc.   What got me started on that was that my profession as an IT specialist was taken over by H-1B people from India who supposedly were better than Americans…   not in this lifetime – not ever in any lifetime.

I started to write the story about Chobani and Hamdi Ulukaya:

Hamdi Ulukaya came from the town of Ilic in the Kurdish region of Anatolia, 400 miles east of Ankara where his family tended sheep and made cheese and yogurt.  In 1994, he came to the United States as a foreign exchange student.  Before coming to the U.S., Ulukaya was a Political Science Major at the Ankara University.  When he arrived in New York, he attended the Adelphi University to learn English and then transferred to the State University at Albany to get his MBA… [to be continued]

when I was interrupted one morning by a knock at my door. This was in the fall of 2011. At my door was Idaho Power Customer Service Representative Chris Bell and he had Twin Falls Deputy Sheriff Scott Bishop with him.  Idaho Power had been trying to install a Smart Meter on my home and I’d been refusing.  Bell brought the Deputy Sheriff with him to intimidate me while the Idaho Power contractor installed the smart meter.    As a result, I filed a complaint with the Idaho Public Utilities Commission which took me away from the Chobani story which I didn’t pick up again until now.

Note:  I will tie all the above together by the time I finish writing this but there is too much for one article.