Home Economic Development How the West was Lost 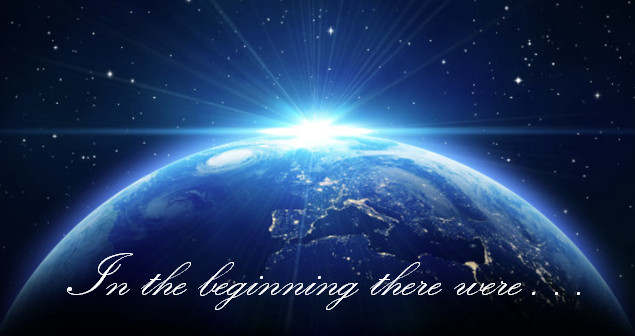 How the West was Lost

In the beginning there were two political parties – one was conservative – representing the interests of business and because business employs people, it represented people as well. The other party was liberal – representing the people first and business as a consequence of their employment of people. Then in the 1980’s after a long losing streak, a group of young liberal democrats came together to represent the tech industry that was just coming of age. The group became known as the Atari Democrats. When Bill Clinton was elected President and Al Gore, an Atari Democrat became the Vice President, the business of the tech industry became the business of the country. Like a serpent, the tech industry wound around the host – our government and is now choking the life out of it. It was the beginning of the post-human era. Technology no longer assists people in society. It is destroying society and it’s people.

In re-reading my research on this subject as well as searching for more information, I found an excellent article that includes history on the Atari Democrats, the Democratic Leadership Council and the Progressive Policy Institute.   The article follows right along with my research up until the paragraph where she writes:

Although it’s questionable if it [policy] fully “reinvented government”, the Democratic version neoliberalism forged in the 1970s that came to fruition in the Clinton era has had an enduring influence. It lasted well beyond when Bill Clinton left office and the DLC officially closed up shop in 2011.

I suppose it’s all in how you interpret the word “reinvent”.   Understanding administrative computer systems as I do, the “reinventers” threw out western traditions of  government which were to protect the rights and liberties of it’s citizens.  The redesign of government systems in the corporate model (management structure) converted our government into a high tech totalitarian police state controlled by administrative, integrated computer systems.  In addition, the “partnership” of corporations with the government to develop the systems of information collection, retention and sharing of information enabled a system of fascism for the agenda of corporations and communist collectivism for the citizens (former citizens – now simply objects in the computer systems to be used, abused and manipulated).

The point is, the governing structure they built is foreign and un-American.   They used the power of government to implement a hybrid system they called the Third Way.  It was innovative only in terms of repackaging fascism and communism under a new brand name – Third Way.

Government can only do that which is permitted by law.

Corporations can do anything that is not prohibited by law.

Mobility 2000 was an ambitious plan for every mode of transportation in Wisconsin that a tremendously popular governor, beginning his second term, threw his energy and political capital behind. At the official unveiling of Mobility 2000 on April 20, 1991, Governor Thompson laid out his vision: “Today I am pleased to unveil a comprehensive initiative that addresses the transportation needs and challenges critical to Wisconsin’s continued economic success.”

A key component of Mobility 2000 was Thompson’s plan to improve the highway connections under what he called Corridors 2020. The governor went on: “This comprehensive approach to transportation began in 1988 when I proposed the Corridors 2020 initiative — the plan for a 3,400-mile network of upgraded quality highways connecting our economic center to global markets.” This program also created the Local Road Improvement Program to assist local governments struggling to upgrade their roads.

An article posted on the Federal Highway Administration’s website written by Lyle Saxton explains the history of the Mobility 2000 concept.  It’s in the title of the article:  Mobility 2000 and the Roots of IVHS.  IVHS stands for Intelligent Vehicle Highway System. (Take note of Mr. Saxton’s references to Europe, Japan and Germany.  Those references become significant in terms of the G7 Global Information Systems defined at the 1995 ministerial conference in Brussels, Belgium).

In 1990, President George H.W. Bush and Secretary of Transportation Sam Skinner announced a proposal for a new paradigm in the federal transportation system planning and funding.  The new regulatory system would include all forms of transportation under a single body of law.  The systems for transportation would be fully automated and integrated.  While they don’t specifically reveal all of that at the press conference, it’s clear in the retrospective analysis of the systems, the documentation and the public side of the implementations.

There is a significant and relevant fact about Samuel K. Skinner:

After his military service, Skinner held various sales and management positions with the IBM Corporation from 1960 to 1968. In 1967, IBM selected him Outstanding Salesman of the Year. Although offered position to serve as assistant to the chairman of IBM, Thomas Watson Jr., Skinner decided to enter a career in public service.

It would be safe to say that the technology and concept for the IVHS was an IBM conception and it doesn’t matter that Skinner hadn’t worked for IBM for 22 years.  He was an IBM man.

In 1991, two pieces of legislation were passed that met the base requirements for an Intelligent Vehicle Highway System.  That would include a National Information Infrastructure (telecommunications system – NII):

Going back to the North Central Texas Councils of Government (NCTCOG), going way back in time to 1962 and the building of the Interstate Highway system.  The Federal Highway Act of 1962 came with a requirement for urban transportation planning.  That’s when the Metropolitan Planning Organization as a regional policy body became a requirement for cities with populations greater than 50,000.

Here is a map of the Dallas-Ft. Worth metropolitan area: 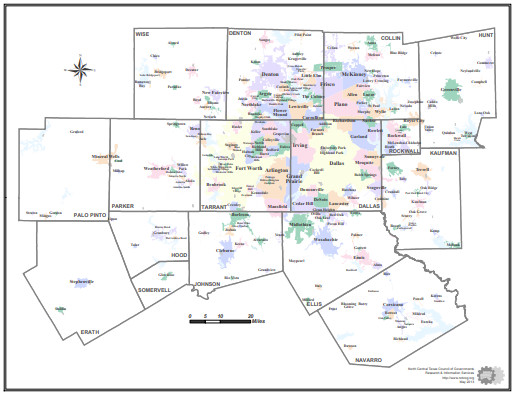 The following is a quote from Page 3 of the Mobility 2000 report from the regional transportation plan completed in 1986:

In effect, what the federal government did with the requirement for the Metropolitan Planning Organization for the purpose of transportation, land use planning and economic development was to require the establishment of syndicates of power over the lives of the American people.  They defeated elective representative government.  When you vote for a mayor, city councilman, county commissioner, your vote means nothing because the power is in the soviet of the Economic Districts (Councils of Government) through which federal initiatives and federal money flows and a big part of that money flows through to the anointed members of the private sector who are members of the club.  This is how they brought the edicts of Agenda 21 into our communities under the generic label of sustainable development.  And the club benefits while they impose tyranny, scarcity, economic hardship and social-cultural cannibalism  on the population of the district. 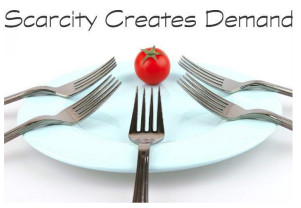 Here is a link to the NCTCOG Comprehensive Plan.  Every economic development district (councils of government) produces one to get federal money.

That’s how the west was lost.  It was through the bipartisan betrayal of the American people.  The funny part is that the replacement of the American form of government with a fascist/communist Third Way system of technocratic tyranny (central planning for transportation with computers, telecommunications, information systems) was accomplished without firing a shot.  Whether knowingly or unknowingly, our so-called leaders are following the Chinese model of revolution.  That model is top down revolution.  We have young animals running through the street destroying our history, culture and heritage.  They are empowered by the corporations and governing officials that will profit in the end from their enslavement in the technocratic control systems once everything that was American is destroyed. 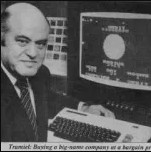 Jack Tramiel, one of the founders of Commodore International, a low end computer manufacturer bought a failing competitor, Atari from Warner Communications in 1984.  Japan was gaining headway into the technology business by taking product ideas developed in the U.S. and then improving on the quality of them.  It was my impression that the problem with Atari was because of the cost of labor in the U.S. as opposed to lower cost labor in Asia but it was more than that.  It was Japan’s industrial organization of relationships between the government, banks and industry all working together to achieve a goal.

Even before Jack Tramiel bought Atari, Atari was made the poster child for what was projected to be the decline in U.S. leadership in the tech industry.  A group of influential democrats came together to support the tech industry and with the benefit of hindsight, to implement an industrial policy favoring the tech industry along similar lines to the Japanese business strategy.  They became known as the Atari Democrats.

1989 – the Asia Pacific Economic Cooperation organization was formed with Australia, Japan, South Korea and the U.S. as the founding members.  APEC is the Pacific version of the OECD.

1990 – the Cold War was ended and East and West Germany were reunited.

Articles written on those events when considered together with the Bush and Skinner plans for a new transportation system in addition to other actions by the administration of George H.W. Bush reveal the part that Bush played in the sell out of the American people to achieve what he called the New World Order which actually turns out to be a global system of technocratic tyranny on all nations.

The following are a list of articles on this website that document the events in that timeframe and towards that goal:

The Privatization of Power

Communism through the Back Door

National Dismemberment by the Global Raj

It was at the 1993 APEC Summit on Blake Island that was the coming together of the forces for the technocratic take down of America and the Western Tradition was destined for the dustbin of history.