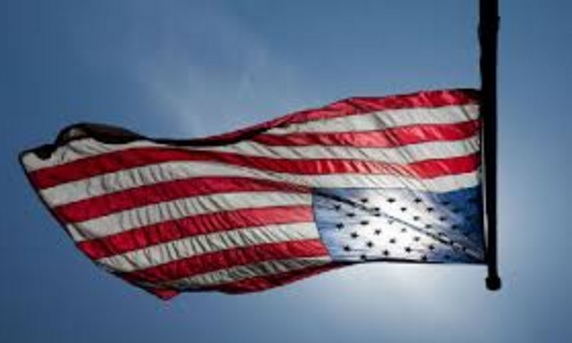 In 1953, Norman Dodd was the Director of Research for the House Special Committee to Investigate Tax-Exempt Foundations. The Chairman of the Committee was B. Carroll Reese.  Prior to the Reese Committee, there was a House Select Committee to Investigate Tax-Exempt Foundations and Comparable Organizations. The Cox Committee did not complete their work due to the untimely death of the chairman, Eugene E. Cox.  The Reese Committee picked up where the Cox Committee left off.    The transcripts from the hearings can be found HERE.   You’ll see Mr. Dodd’s testimony in May of 1954.

Shortly before Mr. Dodd died, G. Edward Griffin interviewed him about his work investigating the tax-exempt Foundations for the Reese Committee.   The full interview is available to watch on youtube. The following is a brief clip that is specific to the subject of this article.

Merge with the Soviet Union

The recent UK vote to exit the European Union came as a surprise to the leaders of the EU.  The plan since the end of World War II was to use trade agreements – first to build a “common market” which is really an economic merger followed by a political merger to create a “superstate” or United States of Europe.   The European Commission is a regional governing authority under the United Nations system of global governance.

There was a similar plan for the United States to economically merge with Canada and Mexico and then to build on it merging our political systems to create a North American Union superstate.  That’s why Obama’s Department of Homescam Security has the borders wide open and why he won’t deport illegal aliens.

In order to build the global system of governance with regional governing areas like the European Union and the North American Union, national governing systems between the East and West had to be harmonized.  To do that, they used what were alleged to be trade agreements but weren’t really trade agreements.  They were agreements that bought participation from third world countries by giving them preferential trade deals to sell into the United States while requiring them to change their domestic laws and ours – to harmonize the legal systems.

By giving these preferential deals to third world countries, they were lowering the price of goods in the United States at the expense of lowering our standard of living by exporting our jobs and manufacturing capacity.   It doesn’t matter how cheap the goods are if you don’t have the money to buy them.

Jacob Javits was a senator from New York.  He was a supporter of the idea of a “Common Market” deceptively billed as “free trade” and “economic development” as a tool of subversion.

The list is a Who’s Who of world power brokers at the time.  Some of the most notable of names from the United States include:

In 1967, a hearing of the Foreign Policy Subcommittee of the Joint Economic Committee, chaired by Senator William Proxmire was held.  It was the beginning of a reassessment and reorientation of U.S. Trade Policy against the interests of the American people as described above.  An article written by Matthew Stoller titled, NAFTA Origins, Part One: The Original NAFTA Included Great Britain has the story and a link to the full hearing.

Aurelio Peccei was invited to testify at that hearing.  There was no mention of the fact that Aurelio Peccei’s degree was in economics and his master’s thesis was on Vladimir Lenin’s New Economic Policy.  Excerpts from Peccei’s testimony to the Committee:

Page 14 – “To promote trade to the benefit of developing countries, in the order of magnitude which would be required, we must accept in practice not only in principle, the need for an international redistribution of labor and production. The principle has been heralded forcefully and insistently, but the practice has not yet been adopted, if not in a token measure”.

This is an extremely unpalatable proposition, since it entails first of all a bold action within our own countries, and also a willingness to assume delicate political and economic consequences. It is in fact a double-edged blade, because we should decide gradually to eliminate within our own economies certain productions, even though the most elementary, and at the same time open our doors to the imports of the same products from abroad.

In the process, domestic production and import production will have to compete on an uneven basis, and instead of pursuing protectionist policies, which would be called for in classical patterns, we should extend a preferential treatment.”

Page 15 – “One important fact should be borne in mind, that is that international trade is no longer going to be governed by a purely mercantile basis. International trade requires a more complex and sophisticated approach; industrial and financial investments, consultative activities and technical assistance become part and parcel of the commercial activity at large. Trade demands nowadays a global participation in the challenging venture of economic development”.

“Secondly, that the program be entrusted in fact to a non-political non-controversial institution such as a foundation of high repute; whose task should be to prepare the terms of reference and then to mobilize and co-opt the most qualified institutions, research centers, academies and individual experts from all over the world”.

Aurelio Peccei along with Alexander King (OEEC/OECD) was the founder of the Club of Rome (1968).  David Rockefeller provided the funding.  A biography of Aurelio Peccei was found on the Club of Rome website.  It’s no longer at the same location, but a copy of it was downloaded before it was moved. In the biography, it says that Peccei was one of the principal architects of the International Institute of Applied Systems Analysis (IIASA).  The following is an excerpt from that biography:

As a result of activities that started in the 1960s and continued into the 1970s, Peccei was one of the principal architects of the International Institute of Applied Systems Analysis (IIASA) in Laxenburg, Austria in 1972. This Institute was formed after a considerable struggle, but then served as an important bridge between East and West, partly because its founders included the United States (through the National Academy of Sciences), the Soviet Union (through the Soviet Academy of Sciences), and further countries in the then Western and Eastern sector of the world, such as the Italian Consiglio Nazionale delle Ricerche. IIASA became a meeting place for scholars and scientists from around the globe and provided a bridging function for the scientific world, producing important studies in different fields, including climate change, energy and agriculture.

Of course the point at which something like the IIASA comes into being is well after the decisions are made to create such an organization. On the IIASA website history page, they give us the decision point:

The IIASA charter was signed in London in October 1972, but the history goes back six years earlier. In 1966 American president Lyndon Johnson gave a rather remarkable speech — this was during the Cold War — in which he said it was time that the scientists of the United States and the Soviet Union worked together on problems other than military and space matters, on problems that plagued all advanced societies, like energy, our oceans, the environment, health. And he called for a liaison between the scientists of East and West.

Johnson enlisted McGeorge Bundy to pursue the topic. Bundy had been an adviser to presidents Kennedy and Johnson, but before that had been Dean of the Faculty of Arts and Sciences at Harvard. Bundy knew me because I would go from department to department at Harvard, doing my decision thing.

Bundy met [the late] Jermen Gvishiani — Gvishiani was the deputy minister of the Soviet State Committee on Science and Technology — and he was delighted with the reaction.

Bundy and Gvishiani realized that if IIASA was going to be stable, it should be multilateral, not bilateral. Since it was to be multilateral, Gvishiani pushed for inclusion of the German Democratic Republic. This was embarrassing for the United States: the US didn’t recognize East Germany. Our first crisis. It was surmounted by deciding that the new institute would be nongovernmental. How lucky!

What that meant was not very clear, because the intention was that governments would finance the center. For the US it meant that the National Academy of Sciences got into the act. The money went from the National Science Foundation, which is governmental, to the academy, which is nongovernmental: they sort of laundered the money.