In September of 1960, the Act of Bogota was signed creating the Organization of American States to provide a framework for Operation Pan America – a “common market” or what we now call the North American Union.

The purpose of the Act as described on the Yale Law School website – Avalon Project:

Text of Act of Bogota, recommending Measures for Social Improvement and Economic Development within the Framework of Operation Pan America, adopted by the Council of the Organization of American States on September 13, 1960, and approved by the Council in a resolution dated October 11, 1960

In March of 1961, President John F. Kennedy gave an Address at a White House Reception for members of Congress and the Diplomatic Corp in which he outlined his ten-year plan. (Note:  the link is to a video).

In May of 1961, President Kennedy gave a speech before the Canadian Parliament in Ottawa suggesting that “through the Organization of Economic Cooperation and Development and the Development Assistance Group, we can pool our vast resources and skills, and make available the kind of long-term capital, planning and know-how without which these nations will never achieve independent and viable economies, and without which our efforts will be tragically wasted. I propose further that the OECD establish a Development Center, where citizens and officials, and students and professional men of the Atlantic area and the less-developed world can meet to study in common the problems of economic development.

To support Operation Pan America and the Alliance for Progress, a lot of legislation was passed to provide the funding and authorization for the organizational structures.  List of 1961 legislation.   The Agency for International Development (USAID) was created by Executive Order 10973 with authority delegated to the Secretary of State.

On August 17, 1961 the Charter of Punta del Este was signed by all members of the Organization of American states – except Cuba:

Title I. Objective of the Alliance for Progress

Chapter I. Basic Requirements for Economic and Social Development

a. Improvement of human resources and widening of opportunities by raising general standards of education and health; improving and extending technical education and professional training with emphasis on science and technology; providing adequate remuneration for work performed, encouraging the talents of managers, entrepreneurs, and wage earners; providing more productive employment for underemployed manpower; establishing effective systems of labor relations, and procedures for consultation and collaboration among public authorities, employer associations, and labor organizations; promoting the establishment and expansion of local institutions for basic and applied research; and improving the standards of public administration.

So that’s the origin of the national economic development structure.  Economic Development (as a noun) was marketed as an international aid program.  It was then boomeranged back into a domestic program through the international agreement which puts the State Department in the driver’s seat.  President Kennedy was assassinated on November 22, 1963 and Lyndon Baines Johnson was sworn in as President. 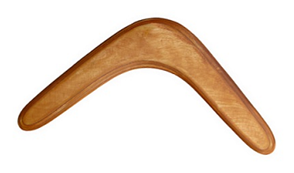 The following is from Gardner’s bio on the Carnegie Corporation website – emphasis added:

“With Gardner, the Corporation entered the era of strategic philanthropy — the planned, organized, deliberately constructed means to attain stated ends. It no longer sufficed to support a socially desirable project; rather, the knowledge must produce concrete results and be communicated to the public, the media, and decision makers with the intention of fostering policy debate. A central objective was to develop programs that might be implemented and scaled up by larger organizations, especially government. The turn toward “institutional transfer” was partly in response to the relatively diminished power of the Corporation’s resources, making it necessary to achieve “leverage” and “multiplier effects” if it was to have any impact at all.”

It appears that the design of the Great Society programs was to have domestic policy outsourced to the OECD with federal money to implement those policies flowing through the private – non-profit organizations, foundations and regional organizations that can’t be affected by the voters.

After leaving his position as Secretary of Health, Education and Welfare, John W. Gardner founded two organizations – no doubt with Carnegie money:

Common Cause  and the   Independent Sector

“Independent Sector is the leadership network for nonprofits, foundations, and corporations committed to advancing the common good.  Our nonpartisan coalition’s networks collectively represent tens of thousands of organizations and individuals locally, nationally, and globally.”

“In 1978, when John Gardner was 66 (an age at which most people are ready to retire), Gardner left Common Cause to become chairman of the Commission on White House Fellowships. Two years later, he co-founded Independent Sector, an organization to help coordinate and advocate for the vast array of non-profit groups — from churches to schools, hospitals to neighborhood associations. Having just left as chairman of Common Cause, Gardner recognized the power of non-profit groups to help communities from the grassroots up. Independent Sector would become a coalition of 800 corporate, foundation, and voluntary organizations that encourage giving and volunteering in America.“

From PBS on Common Cause