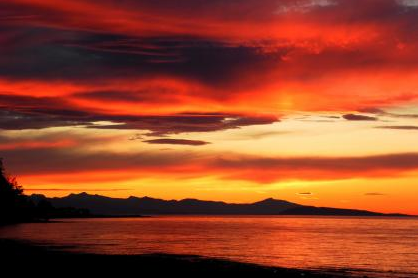 Business ceases to become business when it becomes engaged in political decision making regardless of whether the decisions concern foreign or domestic policy. It becomes a fifth column that seeks absolute control. A person would have to be completely brain dead not to see that this is what has happened to the United States. It’s being run by a fifth column that is not even American.

The U.S. was set on this course by Franklin Delano Roosevelt and Harry Truman with the creation of the United Nations (1945) and then the Marshall Plan (1948) that was authorized by the Congress under the name European Recovery program. The objective was to provide assistance to rebuild Europe – supposedly. What it actually turns out to have been was the continuation of war fought on a different battlefield within a different context – but it was still war for domination and control. It is war without a moral foundation and the strategists have no allegiance to our country, our people, our history, culture or heritage.

On January 21, 2015, the Senate Armed Services Committee held a hearing on national security threats. Two former National Security Advisors, Brent Scowcroft and Zbigniew Brzezinski testified. The video below is an excerpt of the testimony given by Brent Scowcroft. He did define the problem but he skipped over the era of the Marshall Plan going right from creation of the United Nations to globalization in the modern context.  Why he did that will become apparent below but aside from that, what he had to say was important to hear.

The Westphalian system of nation-states was the result of a peace treaty signed in 1648 among European monarchs and the Holy Roman Emperor. It was an agreement to establish and recognize distinct jurisdictions bounded geographically as independent and sovereign territories which we call states (nation-states).

When Brent Scowcroft said, “We have been at the forefront in liberalizing the Westphalian system in making a more just world for all”, what he was talking about was global “governance” with the United Nations at the center. They entangled us in the attack on sovereignty behind the cover of the Marshall Plan for economic recovery of Europe following World War II. In the early years, this was a covert operation of the U.S. State Department known to us now through declassified U.S. State Department documents found in the files of Clark Clifford.

I will go into more detail on this in subsequent writings, but for the moment, this brief overview will have to suffice.

Josef Retinger, a polish ex-pat living in London was the coordinator of the meetings of the governments in exile during World War II.  Following the war, Retinger’s objective was to create a United States of Europe.  Toward that end, he approached Prince Bernhard of the Netherlands with the suggestion regular informal meetings among power brokers.  Their first meeting was at the Bilderberg Hotel Oosterbeek Holland in 1954.  The people who attend the meetings which are still going on to this day, have been dubbed The Bilderberg Group.

The reason for bringing up the Bilderberg Group is because U.S. Senator Jacob Javits attended a Bilderberg Group meeting in Williamsburg, VA in 1964 and he placed into the Congressional Record, information about the group.

Attendees to the Bilderberg Group Meeting:

From those names on the list – plus loads of other research, it’s a simple matter of deduction that the strategy for “softening sovereignty” as Brent Scowcroft dubbed it, was through agreements that were deceptively presented to the public as trade agreements successively building one on top of the other over time to form what is again a deception in labeling, a common market which ultimately is replaced by a constitution as in Europe which created the European Union.  (Note: which is also why the people who are calling for a constitutional convention should not be trusted).  Succinctly, the “free trade” agreements were never about trade, they were about breaking American sovereignty to make way for a common market and ultimately, a North American Union.

The evolution of governments in Europe and Asia began as religious institutions that controlled territory.

The following is a picture of the Ottoman Empire.  The Ottoman Empire was and is Muslim.  At its peak, it was ruled by a Caliph or Imam with the distinction being based on tribe or sect (not sure which).  Regardless, the leader of the empire was also the religious leader.

This picture is of the Holy Roman Empire.  The names of the countries printed on the map were added for perspective but were not formed as countries per se at the time.

The jurisdictions of the HRE were ruled by Kings, Emperors and Princes.  Some of the jurisdictions were “free imperial cities”.  The head of the Holy Roman Empire was obviously the Pope of the Catholic Church.

The following is a rough list of the events that caused Britain to break away from the Holy Roman Empire and to establish the Church of England (i.e. Anglican Church).

1534: Henry VIII declares himself supreme head of the Church of England

1553: Mary I, daughter of Henry VIII and Catherine of Aragon, becomes queen of England and returns England to Catholicism, while hundreds of Protestants are burned at the stakes

1558: Elizabeth I, daughter of Henry VIII and Anne Boleyn, becomes queen of England and England becomes Protestant again and Catholics are persecuted

1563: The Anglican Church is officially founded (on predestination and the redeeming power of faith alone)  (wiki)

To this day, the Queen of England (British Monarch) is the Supreme Governor of the Church of England…Defender of the Faith.   Somewhat facetiously, one might even say that she’s the Popette of the Great Britain and the Commonwealth of Nations.

By the late 1950’s, the business of the Marshall Plan – rebuilding Europe while subverting their sovereignty to form the European Union (empire) was basically finished – or at least could no longer be justified.  Beginning in the early 1960’s, they began to use the term economic development rather than rebuilding and they began using trade agreements to negotiate non-tariff related changes that impacted our domestic law and economy.

The first trade round completed under this new cover story was the Kennedy Round that was for Operation Pan America known to the public as the Alliance for Progress.  What was unknown at the time, was that the real purpose and real objective was to undermine the sovereignty of the United States and Latin American for the purpose of creation of the Free Trade Area of the Americas an empire by a contract (international law by agreement) or as I’ve called it other places, Empire of the Black Robes.

It’s safe to say that this plan was a conspiracy carried out by leaders of the world without the knowledge or consent of the affected populations, the point of which is to say that leaders of the Middle Eastern countries knew or learned of the plan at some point.  Knowledge of the plan for a Middle Eastern Free Trade Area (MEFTA) revived the dreams of restoration of the Ottoman Empire because the options were to be subjugated under western law in the Empire of the Black Robes or to be ruled as they had been traditionally ruled, by a religious leader – a Caliph or Imam.

The bigger problem is that Islam is a nation without a state.  It’s a religion and a political movement combined.   When some of the leaders of Islamic countries called for a global jihad (holy war), all Muslims are obligated under Islamic law to answer the call.

On January 24, 2015, Newt Gingrich spoke at the Iowa Freedom Summit.   It was the first time I’ve heard an American leader speak with enough clarity that the listener can actually make sense of what’s going on in our country.   The entire speech can be heard on C-Span but the video below has the significant excerpts.

The intentional breaking down of the Westphalian nation-state system to create a global system of free movement of goods, services and people across borders has opened us up for a slow-walking invasion by Muslims who have global jihad in their minds.  Even if full-blown war doesn’t break out, they will simply overwhelm us unless we rise to break this sovereignty-destroying international system of “free trade” under the WTO.  In the mean time, we cannot allow Muslims to use our own legal system against us.  When they say “civil rights”… we say NO… our civilization rights trump your civil rights – and mean it because the future of our country depends on it.

According to an article in World Net Daily, there is a plan to bring in 75,000 Syrian Muslims within the next five years.

Secret Planting of up to 75,000 Syrian Muslims Begins in U.S.

Processing Centers in the U.S.