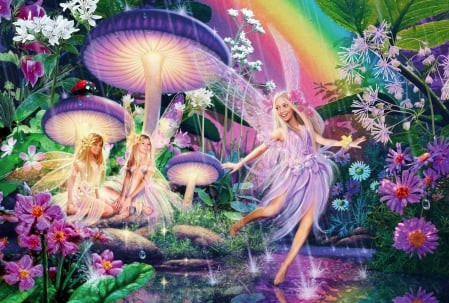 Yesterday, I listened to a video of James Lindsay and Michael O’Fallon discussing how the “sociopolitical tides are changing throughout Western Civilization”.   This discussion struck a chord with me when they mentioned changing the system which is my primary focus and because it goes directly to the subject that I’ve been looking at recently.  My current subject is about how the subversive activist human rights groups that have infiltrated the west.  What struck me in particular was the discussion of Herbert Marcuse and Repressive Tolerance.

Repressive tolerance is the modus operandi of these human rights groups that I’ve been looking at.  On the surface these groups are sweetness, light and love enough to gag a maggot.  Under the surface, they are vicious demons who consider that anybody who is not a member of their Marxist/communist network to be a white supremacist (even if they have brown or black skin), Nazi, racist, dangerous militia member.  They compile reports demonizing anybody who has the temerity to protest any government policy that does not comport with the Marxist agenda  of  cultural cannibalization and the rise of “The Other” with “The Other”  being anybody who falls outside the cultural norm.

The degree to which they’ve infiltrated our government is evidenced by the fact that both Montana and Idaho have established human rights groups in state law and within government. Idaho created the Human Rights Commission as an independent agency. Montana created their Human Rights organization as a bureau under the Labor Department.

On the Idaho Human Rights Commission, the following is the guidance provided under federal law:

The purposes section of the Idaho Human Rights Act (IHRA), I.C. § 67-5901(1), states that the IHRA is intended to provide “for execution within the state of the policies embodied in the federal Civil Rights Act of 1964, as amended, and the Age Discrimination in Employment Act of 1967, as amended, and Titles I and III of the Americans with Disabilities Act.” In accordance with these IHRA purposes and as directed by Idaho Supreme Court precedent, the Commission will look to federal law for guidance in the interpretation of the IHRA. Accordingly, the Commission relies upon the same documents as state and federal courts, including statutes, court decisions, and federal agency guidance by the Equal Employment Opportunity Commission (EEOC) related to the enumerated statutes in the Idaho Human Rights Act.

Stated simply, the Civil Rights legislation designed to prevent discrimination is now being used as a weapon FOR discrimination against the majority – the norm as it were and they have a direct line into the U.S. Department of Justice through the Civil Rights Division which explains why the Southern Poverty Law Center is so involved in this hateful agenda.

The reason I got involved in doing research on the systems of government was because of the massive importation of Indian IT workers who were taking American jobs.  At the time, it was like an invasion as you would expect if your country lost a war and “new management” was taking over.  The online jobs portals for Computer Programmer jobs  were advertising H-1B only need apply.  As an American, my question was ‘how the hell does that happen’ and nobody in our government is doing anything about it and in fact, the Congress is facilitating this destruction of their own workforce?  And the corporate strategy which seemed to be led by the Chamber of Commerce was that there were “shortages” in the labor market.  As much as anything else, the following statement by Carly Fiorina steeled my resolve  to figure what and who was behind the betrayal of the American people on our own soil.

“There is no job that is America’s God-given right anymore. We have to compete for jobs.” Carly Fiorina, CEO HP

During that timeframe, a friend who was working with me and a group of other Computer Programmers told us of a case he filed with the EEOC when the company to which he submitted his resume hired an H-1B that was far less qualified for the job than he.   The following is the final determination of the EEOC:

What I found out as my research progressed was that the reason our labor market was being taken over by foreigners – imported on H-1B visas and for blue collar work, our border was opened for illegal workers the same as it is now, was due to Trade in Services being included in the Marrakesh Agreement that was the final agreement in the Uruguay Round of Trade that led to the establishment of the World Trade Organization – a specialized agency of the United Nations.

Silicon Valley falls to Bangalore   (note:  they don’t mention AIG but it was AIG that was behind the collusion with Indians for the takedown of America via international trade agreements.)

It’s obvious now, that the second shoe to fall is that the corporate agenda for global trade and cheap labor includes the funding and support for the marxist agenda that uses ‘human rights’ as a weapon and they are embedded in our own government and they are using the ‘great society’ programs of economic development in conjunction with consent decrees to manipulate and control our state governments.

For the record, Americans have Constitutional Rights.  Human rights are a creation of the communist United Nations.  It’s clear now that globalization for commerce included globalization of our government which explains why they have no loyalty to American citizens and why these marxist human rights groups have been empowered to destroy the American people using our own laws against us for deculturalization, denationalization and decolonization.