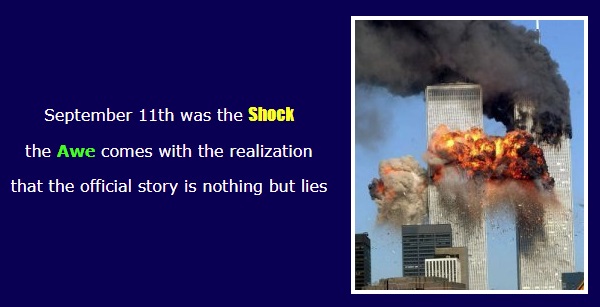 In a recently published article about the Socialist International, Sir Brian Urquhart was identified as a long time United Nations  civil servant.  Urquhart was there at the founding and served as assistant to five UN Secretaries-General.  From an organizational standpoint, that made Urquhart the power person in the UN Administration.  As the socialists of the internationale stated in their report titled, Common Responsibility in the 1990’s and then Our Global Neighborhood – report of the Commission on Global Governance, they figured it was time for the United Nations to become the global government institution that they’d been working towards for 45 years.  The last decade of the 20th century was dedicated to making that happen.  As George H.W. Bush said, “fulfilling the vision of its founders”.

At that point Urquhart was retired from the United Nations and was working at the Dag Hammarskjold Foundation.  The Ford Foundation provided funding for Urquhart and Erskine Childers another long time UN bureaucrat to produce two studies on UN reorganization and modernization for the 21st Century.

A World in Need of Leadership: Tomorrow’s United Nations   1990,

Towards a More Effective United Nations, 1991

The second report is actually two reports in one:

Reorganization of the United Nations Secretariat: A Suggest Outline of Needed Reforms

The following is an excerpt from the Introduction titled Humanitarian Emergencies (pg 8):

We had outlined broad recommendations for improving the UN’s capacity to respond to humanitarian emergencies in the paper on reorganization. In early 1991 concern about this UN responsibility deepened as a result of emergencies such as those in Bangladesh and especially in the Persian Gulf region. In May 1991 the ambassadors asked for our detailed suggestions in this area as well.

The resulting study begins with an extensive overview of the subject, because we felt that in this case there was a need for a clear picture of ‘the continuous humanitarian emergency’.

. . .  Boutros Boutros-Ghali gave the General Assembly the assurances about streamlining quoted above. He also referred to many Third World countries, especially in Africa, being ‘strangled by the problems of debt, famine, development, human rights, the need for democratization, and wave upon wave of displaced people. Environmental degradation of the planet which is our home adds even greater urgency to the need for action.’

Two other major areas of increasing international concern-human rights, and humanitarian matters involving migration, refugees and disasters-deserve an appropriate place in any reorganization at this time, and have sufficient in common to merit their being brought into a new Department headed by a third Deputy Secretary-General.

Human rights have been a central focus of the United Nations since its inception, and particularly since the 1948 adoption of the Universal Declaration that set in motion so many further measures in declaratory international rights law, conventions and covenants.

The increasing tides of human migration and of political or economic refugees and displaced persons will pose serious humanitarian challenges to the United Nations and its member states in the years ahead. There is a substantial connection between these phenomena and human rights, not only in the broadest sense that such movements place the rights of the human beings involved in jeopardy, but in numerous specific provisions of the UN International Bill of Rights relating to them.1

“revamping UN humanitarian relief coordination, U.S. ratification of a long-stalled human rights treaty, . . .  military-led humanitarian interventions for Iraqi Kurds and for Somalis.  These events plus signposts along the way, tell the story of U.S. policy development, support for existing and new institutions and use of U.S. power for human rights and as humanitarian response, guided by Bush’s steady hand and vision to build a different and new world order.

The treaty which Bearg was referring to was:

The International Covenant on Civil and Political Rights (ICCPR), which establishes universal standards for the protection of basic civil and political liberties, is one of three documents that comprise the “International Bill of Rights.”

Jimmy Carter wrote an article about it that was originally published in the Christian Science Monitor on June 29, 1992 and is now posted on the Carter Center website.

The Covenant is posted on the website of the United Nations, Human Rights, Office of the High Commissioner.  The following are important pages to look at:

Compilation of Documents or texts adopted and used by various intergovernmental, international, regional and subregional organizations aimed at promoting and consolidating democracy

Note:  Secretary of State Colin Powell was in Lima, Peru on September 11, 2001 to sign the Inter-American Democratic Charter mentioned above in the compilation of documents for the Americas.

It should be noted that even if the United States has not formally ratified any of the treaties or covenants, it does not mean that the U.S. is not adhering to the text.  The one big takeaway from all my research is the discovery that the U.S. government is a two-headed monster.  One head of the beast is forward facing to the people of the United States and it pretends to be the government of, by and for the American people.  The backside head of the beast works in the international arena and has been actively working against the American people since 1945.  In 1990, they dropped all pretense of working for the American people and they became a cancerous growth – an oozing ulcer of treachery. 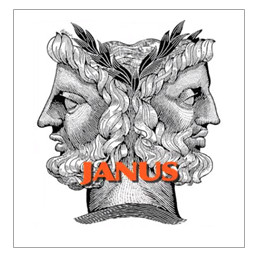 If it’s not clear by now, it should be.  September 11, 2001 was the kick-off for the New World Order – the world of continuous emergency and all that it entails under the communist United Nations system.  By logical deduction, the surprise demolition of the World Trade Center and Building 7 was probably arranged by Maurice Greenberg of the American Insurance Group (AIG).  The AIG story is too big of a story to write about here but suffice it to say that they were behind globalization and the end of nations-states along with Citigroup and American Express.    There is one aspect of the story that I will cover in a subsequent section of this report and that’s the Knowledge Trade Initiative (KTI).  The KTI was a bilateral agreement between India and the U.S. the negotiations for which were done by Frank Wisner, Jr., Vice Chairman of AIG and Chairman of the Knowledge Trade Initiative.  Frank Wisner, Jr. is a CIA officer and he is the son of OSS-CIA officer, Frank Wisner Sr.   The KTI is the nexus point between the rise of the United Nations as the global government, the strategy of humanitarianism for the take down of America and the treason of the State Department/CIA.

Next:  The Human Dimension:  Human Rights on the Domestic Front

The Invisible Fist: Military in the Context of Everything Else (Note: agreement between the DOD and DOJ)