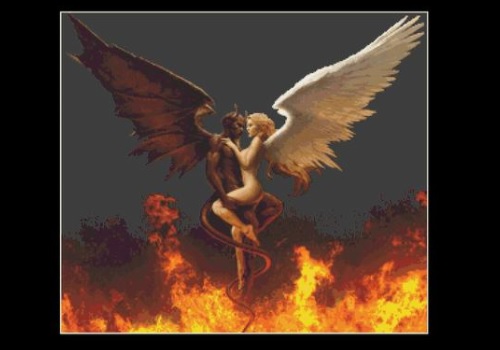 The Strategic Plan for the Intelligent Vehicle Highway System was published concurrently with the passage of the Intermodal Surface Transportation Efficiency Act of 1991 (ISTEA). The ISTEA legislation was the first step in building a high tech highway system. The Interstate Highway system initiated during the Eisenhower era was declared complete. The new system, The National Highway System would include the Eisenhower Interstate system but major arterial and feeder routes to transportation hubs were also added. In addition the plans were to internationalize the system including linking highways systems with Canada and Mexico. More detail on the history can be found HERE.

The formal name for the Interstate system was Dwight D. Eisenhower National System of Interstate and Defense Highways. The original purpose was for defense of the country – to be able to move men and equipment quickly. The military purpose of the Interstate did not change with the designation of a new name and expansion to include arterial and feeder routes.

Partnership Between Law Enforcement and the Military

In 1994, Janet Reno, Attorney General and John Deutch, Deputy Secretary of Defense signed a Memorandum of Understanding concerning cooperation between the Department of Justice and the Department of Defense on “Operations Other Than War and Law Enforcement“.  According to a report posted on the National Criminal Justice Reference System, the agreement was supposed to be for the joint development of technology.

A research report posted on the National Criminal Justice Reference System, indicated that the agreement was for joint development of technology.  The title of the report is:

The following is an excerpt of the report:

“In 1994 the U.S. Department of Justice (DOJ) and the U.S. Department of Defense (DOD) entered into a cooperative agreement to develop technologies of value to both. This agreement, codified in a Memorandum of Understanding (MOU) and signed by the Deputy Secretary of Defense and the Attorney General, formalized and focused a longstanding ad hoc relationship. To manage this technology development program and to direct its day-to-day activities, the MOU established a Joint Program Steering Group (JPSG) that would represent both departments and be staffed with members from several agencies.”

The following is an excerpt from the STRAHNET Guide Summary:

STRAHNET is a system of public highways that is a key deterrent in United States strategic policy. It provides defense access, continuity, and emergency capabilities for movements of personnel and equipment in both peace and war. It is 61,044 miles, including the 45,376-mile Interstate System and 15,668 miles of other important public highways.

STRAHNET Connectors (about 1,700 miles) are additional highway routes linking over 200 important military installations and ports to STRAHNET. These routes are typically used when moving personnel and equipment during a mobilization or deployment. Generally, these routes end at the port boundary or installation gate…

As the Department of Defense (DOD) designated agent for public highway matters, the Military Surface Deployment and Distribution Command Transportation Engineering Agency (formerly Military Traffic Management Command Transportation Engineering Agency (MTMCTEA)) is the proponent for STRAHNET and STRAHNET Connectors. SDDCTEA identified STRAHNET and the Connector routes in coordination with the Federal Highway Administration (FHWA), the State transportation departments, the military Services and installations, and the ports. Together, STRAHNET and the Connectors define the total minimum defense public highway network needed to support a defense emergency.

The Intermodal Surface Transportation Efficiency Act of 1991 and the National Highway System Designation Act of 1995 provided for inclusion of STRAHNET and important STRAHNET Connectors in the 160,955-mile National Highway System (NHS). The primary Connector routes for the Priority 1 and 2 installations and ports are included in the NHS. Federal oversight will ensure optimum maintenance levels for the NHS, thus assuring that the roads can support an emergency deployment. With DOD’s current emphasis on continental US-based military units, the NHS will play an increasingly important role in new deployment scenarios.

The following is an excerpt from an article adapted from a speech delivered by Federal Highway Administrator Rodney E. Slater on December 9, 1993, and from materials provided by the Federal Highway Administration (FHWA) Office of Program Development and the U.S. Department of Transportation (DOT) Office of the Assistant Secretary for Public Affairs.

The National Highway System
Backbone of Our National Transportation Network

“A comprehensive National Transportation System will help us meet the challenges of the 21st century global economy by enhancing all our different modes of transportation and their links — increasing the efficiency and productivity of our nation,” Peña said.

NTS will incorporate from all the modes the most significant elements of the nation’s transportation systems. Beginning with NHS, NTS will include airports, ports, waterways, rail, intercity bus lines, pipelines, and local transit systems with regional and national impact. NTS will also include systems moving both people and freight as well as facilities owned by both private business and the public sector.

NHS is the core of the future NTS.

“The third component is the non-interstate portion of the Strategic Highway Corridor Network (STRAHNET), identified by the Department of Defense in cooperation with the Department of Transportation. It totals about 15,700 miles. Based on the most recent information, including plans for base closures, these corridors and the interstate system have been identified by the Department of Defense as the most critical highway links in our transportation system. As we found during Desert Storm, highway mobility is essential to our national defense by giving us the ability to move troops and equipment to airports, to ports, to rail lines, and to other bases for rapid deployment.

“The fourth component is major Strategic Highway Corridor Network connectors. They consist of 1,900 miles of roads linking major military installations and other defense-related facilities to the STRAHNET corridors. “Collectively, these four components — all specifically required by ISTEA — account for 67,500 miles or roughly 43 percent of the proposed system.

The remainder of the proposed system — totalling 91,000 miles — is made up of other important arterial highways that serve interstate and interregional travel and that provide connections to major ports, airports, public transportation facilities, and other intermodal facilities …

“America’s economic future depends on the Nation’s capacity to invent and master new technologies. It depends upon moving ideas to the marketplace to spur growth, create new jobs, and strengthen our industrial performance.”

“America’s economic future depends on the Nation’s capacity to invent and master new technologies. It depends upon moving ideas to the marketplace to spur growth, create new jobs, and strengthen our industrial performance. Vice President Gore has identified broad initiatives that together will restore America’s technological leadership and reinvigorate our economy. The Vice President’s technology initiative emphasizes that investing in infrastructure means more than building and repairing bridges, harbors, and highways. Today the United States faces a new series of communications, transportation, and environmental needs for the 21st century.”

The United States is the world leader in many technologies applicable to IVHS, and numerous efforts are currently underway to assess the feasibility of converting existing aerospace and defense technologies to IVHS. For example, DOT and the Department of Energy (DOE) entered into a Memorandum of Understanding on August 6, 1993, that will promote the use of the defense technology expertise of DOE’s national laboratories in DOT’s IVHS program.

The GPS system. with its network of satellites, IS already a component of many IVHS systems. DOT has been identified to work closely with DOD to facilitate the proper implementation of GPS for civilian use, and to ensure the long-term availability of GPS as a U.S. national asset that would be available to civilian users worldwide.

The defense industry already recognizes the potential of the IVHS program, and some 50 defense organizations are members of IVHS AMERICA, including ARPA, the U.S. Tank and Automotive Command (TACOM), Martin Marietta, and Hughes Aircraft, In addition, over 20 defense community contractors are participating in the AI-IS Precursor Systems Analyses studies and ten defense contractors are involved in the development of the national IVHS system architecture. Continued utilization of the resources represented by the defense and aerospace industry will be instrumental in advancing the national IVHS program and bringing IVHS systems to deployment.”