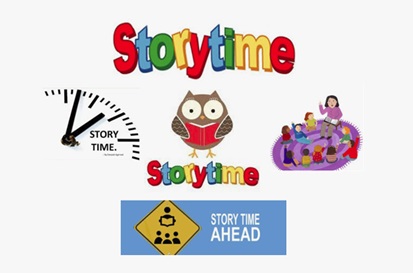 A New Narrative for Communism

Yesterday on C-Span Washington Journal, one of the guests was Daniel Yudkin.  The title that C-Span gave the segment was Daniel Yudkin on Political Polarization and Tribalism.  Yudkin is a Social Psychologist and Associate Director of Research for an organization called More in Common which I will refer to here after as MOC.   MOC was founded in 2017 and according to the About page (emphasis added):

More in Common is a new international initiative, set up in 2017 to build communities and societies that are stronger, more united and more resilient to the increasing threats of polarisation and social division.

…More in Common has already established national hubs in the UK, US, France and Germany and has published early findings from our first stages of work.

Our approach is to:

• Develop and deploy positive narratives that tell a new story of ‘us’, celebrating what we all have in common rather than what divides us

• Connect people on a large scale and across lines of difference, through events and campaigns.

The MOC just released a report titled, The Hidden Tribes of America.  The title literally reeks of elitism.  No doubt they think of themselves as cultural anthropologists from a more civilized society studying the primitives of the American jungle so the question is: Who are these people and who is paying for this obviously high dollar effort to create a single tribe of Commoners?

The organization was founded by Tim Dixon and Mathieu Lefèvre.   You can get their bio’s from the MOC website so rather than include that info, you can go to the World Economic Forum (DAVOS) and watch a session in which Dixon is a participant and he talks about “shared values”.

World Economic Forum, 2017, Tim Dixon
Towards a Shared Narrative About the Future

The conference at which the above session was the Annual Meeting of the Global Future Councils.  On the right hand side, there is a listbox titled Sessions. You’ll find out what these people are about by watching those sessions.

Mathieu Lefèvre is a dual French and American citizen.  He resides in Paris.  He was founder of the New Cities Foundation.    A video was found talking about his organization and their purpose.  There was also a 3-part series with a younger Lefevre talking about the Foundation:

The Foundation sponsors events also.  This link is to the Speakers Page for the 2017 event.  Scroll through and take a look.

The MOC set up a website just for the Hidden Tribes report.

The “tribes” are cohorts who have a shared belief system that causes them to vote one way or the other.  The groupings are:

The segments have distinctive sets of characteristics; here listed in order from left to
right on the ideological spectrum: 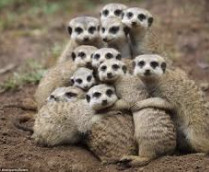 A little snark to demonstrate the difficulty they are going to have.

Essentially, they are defining the attributes of target markets for messages to try and find the common threads of belief in the groups so that marketeers can write new narratives that appeal on those common threads.  The idea is to break the hard line belief systems of each cohort to focus on the common rather than messages that reinforce the divisions.

Can we get a group hug please?

The following are the Acknowledgements in the report:

The report was conducted by More in Common, a new international initiative to build societies and communities that are stronger, more united, and more resilient to the increasing threats of polarization and social division. We work in partnership with a wide range of civil society groups, as well as philanthropy, business, faith, education, media and government to connect people across the lines of division.

The execution and analysis of this project was conducted in close partnership with Purpose and YouGov. More in Common appreciates the valuable input and advice relating to this study received from them and from a wide range of academic experts, civil society groups and philanthropic foundations. Special thanks to:

That kind of seems like foreign interference in our political arena to this writer but it isn’t considered as such because they establish a domestic organization corresponding to the foreign operation.

YouGov is a British company with foreign subsidiaries all over the world.  They gather public opinion on issues of importance and they provide that data to customers.  Spend some time looking at this company and their various websites and remember it next time somebody asks you to comment on a survey or give your opinion.

The other organization mentioned is Purpose.  You’ll notice that they are also a global “charity” with an American subsidiary.

According to their About page, they (emphasis added):

Purpose builds and supports movements to advance the fight for an open, just, and habitable world.

We use public mobilization and storytelling to help the leading organizations, activists, businesses, and philanthropies engaged in this fight, and we create campaigning labs and new initiatives that can shift policies and change public narratives when it matters most.

We believe in the fundamental equality of all human beings, and we only do work that strives to make human lives better.

We believe that lasting change doesn’t start at the top—it begins when everyday people, acting together, gain a sense of their own agency.

We take the world as it is in order to help make it what it ought to be. We challenge power when we need to—but that’s not all we do. We proudly collaborate with the public and private sectors, old and new power, allies and adversaries—all with eyes wide open.

They buy activism.  They build movements and they give the activists the narrative.

The question that comes to mind is, Is this where the Sovereign Citizen Movement originated?   Are they behind Antifa?   Are they behind this new brand of radical feminism that has nothing to do with feminism but is simply a “hate and bully men” movement (and it pisses me off greatly)?  How about the staged events involving guns – and the anti-gun movement?  How about the Water Protectors?  And they have a section called Team Refugee which has to be one of the most dumbass things I’ve ever seen considering the characteristics of real refugees. It would be like a circus freak show if they used real refugees and not the economic migrants they call refugees.

Purpose of course originates from the UK and it has to be connected to Common Purpose.   And pardon me for saying it but I just had a Holy Shit!  moment.  In the search for Purpose in Europe, a website came up called Idealist.  It lists jobs for people who are part of the Purpose movement.  My moment was triggered by the following screen capture:

This website must know my location because all the jobs listed on the United States – in the west where I live.  When you click on it, see if the jobs listed are within your relative location.

Seeing Jannus listed there is really upsetting because Jannus runs the Idaho Health & Welfare,  District Health Offices and Programs.  I encountered them when I was doing research on refugee resettlement because they are the ones that do it!   When I began the refugee resettlement research project in 2014, Idaho Health & Welfare contracted with the Mountain States Group.  When I was nearly finished with the project, Mountain States renamed themselves to the Jannus, Inc.  Notice the Global Talent Idaho initiative.

The full series on refugee resettlement is listed in the panel on the right.

At the bottom of the Idealist website in very light gray and about a 6pt font, it displays the registered owner of the site – emphasis added:

The Guidestar entry for Action without Borders is:

Ruling Year (presumably the grant of non-profit status)  is 1995

Idealist connects people, organizations, and resources to help build a world where all people can live free and dignified lives.

Idealist is independent of any government, political ideology, or religious creed. Our work is guided by the common desire of our members and supporters to find practical solutions to social and environmental problems, in a spirit of generosity and mutual respect.

The Wikipedia entry for Ami Dar has a caution on it that the contributor has a close connection with the subject – meaning that he probably wrote it himself.  But that’s good because one of the links in the footnotes goes to a page titled:

Idealists of the World Unite

That’s a new narrative and slogan for communism.  That’s marketing.  It replaces the slogan and narrative for:

Workers of the World Unite

The significance of the year 1995 is of course, the year that Congress voted to eliminate borders and commit national suicide.  It was the year they voted to establish the World Trade Organization.  The American people were blindsided by this insider attack on our national sovereignty by the very people who were charged with protecting it.

When I was looking at the report and the acknowledgements, I chose a few names at random from the list of contributors.  One of the names I selected was Jeremy Heimans.   Heimans did a Ted Talk 2014 titled What new power looks like

In the talk, Jeremy mentions Henry Timms.  A quick search on him produces the fact that he runs the 92nd Street Y in Manhattan (I was a big fan of the 92nd Street Y so this is disappointing).  On Philanthropy  website, it says the following:

You realize three things in quick succession when you first meet Henry Timms, the executive director of New York’s venerable 92nd Street Y. First: He is not American, but British.

Are you seeing a pattern?

As you watch this video, keep in mind the highly organized and well financed communist movement that is using a new narrative of idealism.