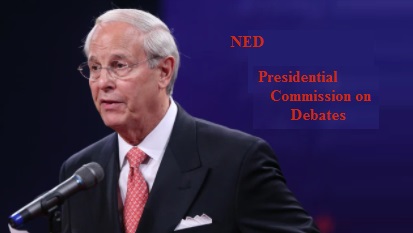 The CPD has a website where they have  a history of the debates plus this tidbit:

Further, the CPD provides technical assistance to emerging democracies and others interested in establishing debate traditions in their countries. In recent years, the staff worked with groups from Bosnia, Burundi, Colombia, Côte d’Ivoire, Ghana, Haiti, Jamaica, Lebanon, Niger, Nigeria, Peru, Romania, Trinidad and Tobago, Uganda, and the Ukraine, among others. Finally, the CPD coordinates post-debate symposia and research after many of its presidential forums. [*** See Côte d’Ivoire below]

I knew Frank Fahrenkopf’s name from prior research – not on the CPD but his connection to the National Endowment for Democracy (NED).  Frank Fahrenkopf was a key figure in the establishment of NED as an independent agency for the promotion of Democracy around the world.  The following is an abbreviated cover of a “Republican Journal of Thought and Opinion”  called Commonsense from 1983. 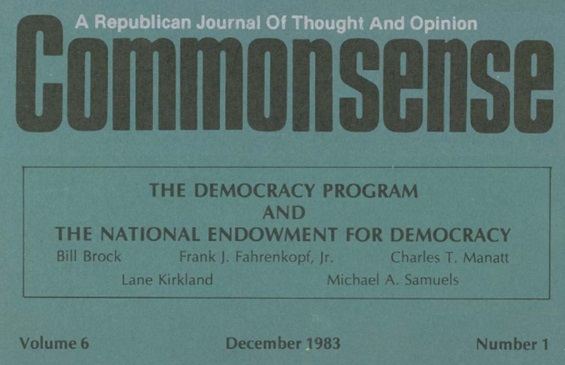 This pdf has only that section of the Journal pertaining to the Democracy Program.  Notice that on page 4, Frank Fahrenkopf is listed as the publisher of the Journal.

In the first section written by William Brock, U.S. Trade Representative between 1981-1985.  Brock was responsible for kicking of the Uruguay Round of trade that ultimately led to the establishment of the World Trade Organization in 1995.  He wrote:

The first step in structuring the Democracy Program study was to ensure that the full spectrum of our pluralistic system was represented.  As then Chairman of the American Political Foundation, I had the honor of serving as chairman of the study group’s executive board.  Frank J. Fahrenkopf was Chairman of the Republican National Committee and DNC Chairman was Charles Manatt.

Ultimately, four Foundations were established to be directed by NED for a coordinated strategy to “spread democracy” around the world using a turnkey system of revolution (color revolution) followed by the establishment of the four controlling institutions modeled by NED.  The following image was the NED institute leadership from 2018. 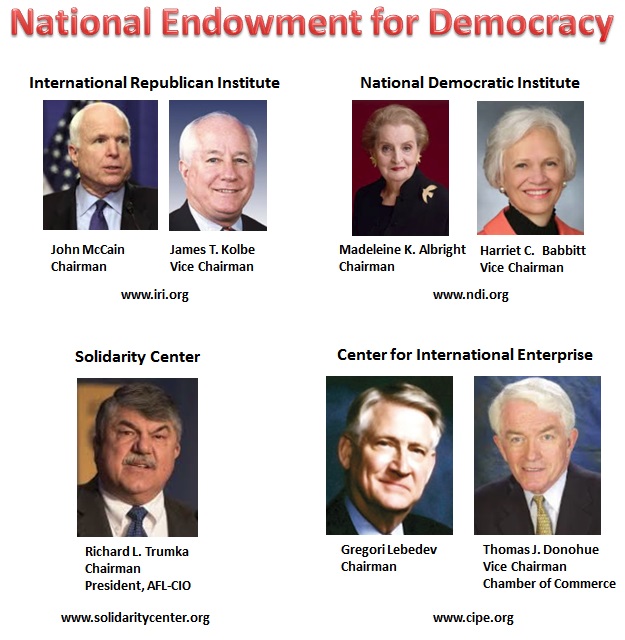 On a recent edition of the Hoover Institute’s Goodfellows discussion group, H.R. McMaster was talking about his new book, Battleground and the reason he wrote it.  According to McMaster, we are in a battle for the soul of America’s foreign policy.  I agree and the reason is because our foreign policy and the international institutions they support are trying to bring down our country – to subvert our sovereignty in favor of global governance.  They’ve been executing a slow rolling coup d’etat since 1990 – the end of the cold war.

The following is an excerpt from the Goodfellows program on September 24, 2020.

The documentation I’ve been compiling for years will show that the strategy to bring down the United States government coincides with the rise of the international system of global governance.  As sovereign power is diminished, the need for “cooperation” internationally increases serving as a crutch until such time as the international and local systems are fully in control at which time, the facade of national control will fall.  The following are the means by which this transfer of sovereign authority has been executed:

The following resolution on Côte d’Ivoire was found on the website of the Congress:

H.Res. 1150 Urging the Government of Côte d’Ivoire, opposition leaders, and all citizens to respect democratic principles, refrain from violence, and hold free, fair, transparent, and peaceful elections in October 2020.

That puts a target on the backs of the people of Côte d’Ivoire.

That puts a target on the backs of the people of Burma.

And the people of Dhaka are next up. 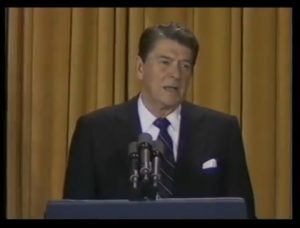 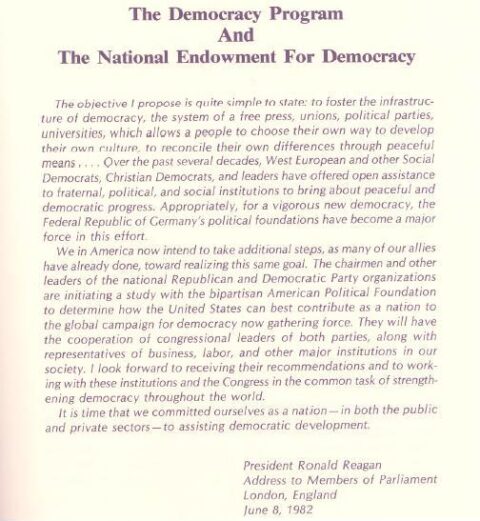 GAO Report to Senator Malcolm Wallop:  Events Leading to the Establishment of the National Endowment for Democracy, July 6, 1984, GAO/NSIAD-84-121.

The Democracy Program, Report of the American Political Foundation

NED’s original Board of Directors, limited to three three-year terms of service, included party activists, representatives of the U.S. labor, business and education communities, foreign policy specialists, and two members of Congress. Following a brief stint by Congressman Fascell as acting chairman, the Endowment appointed as its first permanent Chairman John Richardson, a former Assistant Secretary of State with many years of involvement in private organizations involved in international affairs. For President, the Board chose Carl Gershman, previously the Senior Counselor to the U.S. Representative to the United Nations.

Prior research:  Democracy as a Trojan Horse    See section on Carl Gershman

“Carl Gershman is the longtime head of National Endowment for Democracy and a vocal advocate of making “democracy promotion” a core part of U.S. Foreign policy . . . Gershman became head of SD-USA shortly after the Socialist Party-USA split into two factions . . . In 1984, Gershman took over the held of NED.”