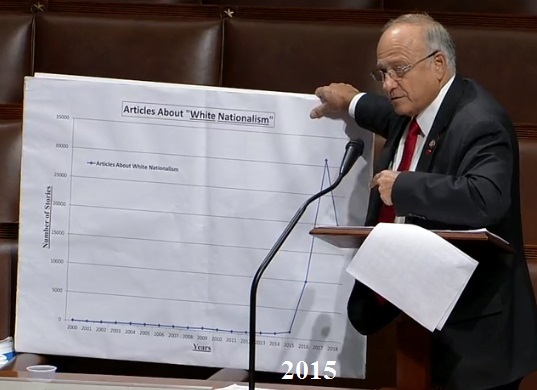 The Political Assassination of Steve King

It’s bad enough that we are having to fight Marxists in the political arena but when members of our own political party join up with the other side to take out one of our members of Congress it’s time to declare war on the RINOs.  Apparently, Paul “the RINO” Ryan was replaced by another RINO called Kevin “Charlie” McCarthy.  McCarthy was a player in the political hit job on Representative Steve King (R-IA).

On October 1, 2020, Representative King asked for and received time on the floor of the House as a point of personal privilege to clear his name from an accusation issued by a New York Times reporter named Trip Gabriel.  King explains the story in his speech:

The following are excerpts from the article by the New York Times Reporter:

Before Trump, Steve King Set the Agenda for the Wall and Anti-Immigrant Politics
By Trip Gabriel
January 10, 2019

But Mr. Trump’s preoccupation with the wall and anti-immigrant politics reflects how he has embraced the once-fringe views of Mr. King, who has used racist language in the past, promotes neo-Nazis on Twitter and was recently denounced by one Republican leader as a white supremacist . . .  Mr. King, a 69-year-old former bulldozer operator with a combative manner, who has been elected nine times, helped write the book on white identity politics . . .

Mr. King’s full-throated embrace of nativism has long found a supportive constituency in the rural Midwest, the region was a key to Mr. Trump’s 2016 victory and represented his most likely path to re-election.

. . .  At the same time, he said, he supports immigrants who enter the country legally and fully assimilate because what matters more than race is “the culture of America” based on values brought to the United States by whites from Europe.

On January 14, 2019, the New York Times hit man Trip Gabriel wrote another article revealing Kevin McCarthy for who he is – a spineless, quisling traitor.  Gabriel crowed  about what Kevin McCarthy did to Steve King:  Steve King Removed from Committee Assignments Over White Supremacy Remark.  McCarthy used the lying words and distortions of a New York Times hit man against Rep. King. 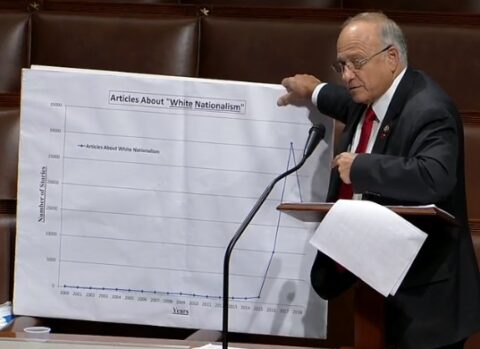 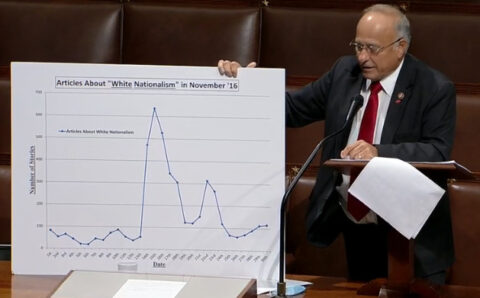 Notice on the first image of Rep. Steve King’s charts, the year was 2015 when the term “white nationalism” come into fashion as an accusation.  I don’t have access to Lexis Nexus to prove this but I’d bet the family farm that it was used in connection with opposition to the refugee resettlement program that was gaining attention nationally.  I remember it well because when the opposition movement began in Twin Falls, we were able to connect with others around the country.  We garnered enough attention that in January of 2015, the Obamanation made a trip to Idaho to speak to his marxist support base here.

Briefly, what I found out in doing the research on the system, is that the state is divided into 7 public health districts with each district comprised of multiple counties.  The Public Health Districts are not a subdivisions of the state.  They are independent, corporate bodies and they write their own administrative rules under state law.

The biggest contractor at the time the research began was called Mountain States Group.  After we began publishing articles on their activities, they changed their name to the Jannus Group.   Idaho is a Wilson-Fish state which is a program that was established in the 1970’s to provide welfare and social services including employment assistance to refugees.

Refugee resettlement was just the veneer of what was going on in Idaho.  The Public Health contractors had embedded themselves within our community colleges and universities and they were in business running rackets that involved other government programs including grants and subsidies for affordable housing (that wasn’t), economic development, small business administration grants, etc.  The scams were too many to list here.  The most disturbing part however was that it was the United Nations High Commissioner, Antonio Guterres who had the authority to determine who and how many “refugees” the U.S. would take and Guterres had been in leadership of the Socialist International since 1992.  (Guterres is now the Secretary-General of the United Nations).

One of the biggest refugee resettlement contractors that seemed to be leading the effort was the International Rescue Committee. The IRC was founded by communists and the composition of the group never changed. The IRC is led by David Miliband of the UK.  Miliband is the son of a famous Marxist.   Note the names of the Americans on the Board of Directors and Advisors.   And the icing on this shit samich is that a group called the Partnership for a New American Economy was offering a gateway challenge grant for the preparation of a planning document to define what “economic development” was needed to accommodate the refugees that WEREN’T.   (When one hears the term refugee, the image is of a starving displaced person – not a young, healthy, military age male.)

The Partners of the Partnership for a New American Economy 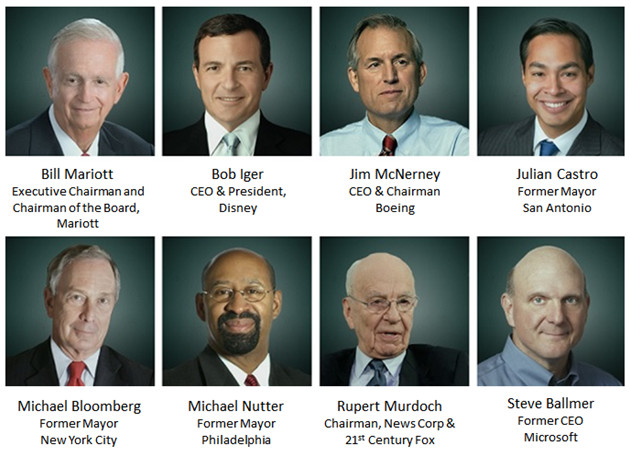 The Partnership for a New American Economy brings together more than 500 Republican, Democratic, and Independent mayors and business leaders united in making the economic case for streamlining, modernizing, and rationalizing our immigration system.

The list of the 500 members of this group can be viewed  HERE.

There were a lot of moving parts to this conspiracy but the objective was to get the Twin Falls City Council to issue a declaration of being a “Welcoming Community” which I believe ultimately leads to the city becoming a sanctuary city with the greedy and stupid/evil city leaders making a lot of money by jumping on the traitor train of betrayal – betraying their constituents.

At the same time, Berkshire-Hathaway (Warren Buffett) had a real estate office in town (Twin Falls).  And of course, Buffett and Bill Gates (note – Blake Island) were so close that Buffett announced in 2006 he would give away 85% of his Berkshire Holdings to five foundations – the Bill and Melinda Gates Foundation being one of them.

So summing up, when the accusation of “racist” didn’t work to stop the opposition to the refugee resettlement system – not to mention the invasion of our borders from the south,  the marxists and billionaires stepped up the rhetoric to call the American patriots defending America’s rural communities white nationalists and white supremacists but even that won’t work.   It wouldn’t matter if the marxists were importing green martians the opposition will continue because our ancestors didn’t fight and die to turn this country over to communists.

As you listen to this report about the Communist Chinese buying American companies, keep in mind that the U.S. Supreme Court ruled that corporate money is free speech.  The Supreme Court gave access to Communists to manipulate U.S. elections behind the corporate veil.