This article falls into the category of What Have We Learned Today.   In furtherance of goal of finding out absolutely everything about refugee resettlement in Idaho, a search using the term refugee was done in the Legislature section of the State of Idaho website.   It didn’t take looking at more than three references before there was enough significant information to write about it.

The following is a chronological history of the basic health care services that the State has provided to the public.

1907 – The State Board of Health and counties that had local boards of health were statutorily authorized joint responsibility for public health.

1976 – Legislative intent was expressed that the health districts are not State agencies, and that they be recognized as authorized governmental entities.

1986 – Idaho Code was amended to allow district health departments to promulgate rules and regulations without the State Board of Health’s approval.

1993 – The legislature clarified the need for district health departments to use the Idaho Administrative Procedures Act for fees and rules.

2004 – The Rules of the Division of Human Resources and Idaho Personnel Commission include public health districts.

2007 – Legislation changing Idaho Code, Section 39-411 composition of Districts’ Boards of Health to allow those Districts comprised of eight counties to consist of not less than eight members and no more than nine members.

2008 – Legislation changed Idaho Code, Section 39-414 language: “For purposes of this chapter, a PH district is not a subdivision of the state and is considered an independent body corporate and politic, in terms of negotiating long term debt and financing.” (This will move the local PH district outside the Frasier legal case of debt financing.)

It is legislative intent that health districts operate and be recognized not as state agencies or departments, but as governmental entities whose creation has been authorized by the state, much in the manner as other single purpose districts.

…This section merely affirms that health districts created under this chapter are not state agencies, and in no way changes the character of those agencies as they existed prior to this act

(1)  To be secretary and administrative officer of the district board of health;

(2)  To prescribe such rules and regulations, consistent with the requirements of this chapter, as may be necessary for the government of the district, the conduct and duties of the district employees, the orderly and efficient handling of business and the custody, use and preservation of the records, papers, books and property belonging to the public health district;

So, they are an independent body from the state and they write their own rules.

Question?    Does the Refugee Resettlement Program as managed by the Jannus Group (contract management for the Public Health Districts) and the College of Southern Idaho fulfill the requirements of Section 39-414?  As we learned yesterday, the College of Southern Idaho is not only contracting with the Jannus Group, but they are contracting with the U.S. Committee for Refugees and Immigrants (USCRI) to bring in refugees “with significant medical conditions”.     Refugees are not only a significant danger to public health, they are creating long-term liabilities for the taxpayers of Idaho.

Wikipedia defines the Surgeon General as this:

It’s not surprising that this “independent” structure originated with the British.  The British Commonwealth is just another name for the British Empire.   The City of London appears to have created an organizational structure, the administrative bureaucracy that allows them to get and keep power in the hands of a few while controlling the structure from a distance.  There are other examples of it in operation in the United States.  (See Part 8, Smart Grid: Rest of the Story).

It’s useful to see who the Surgeon Generals have been for the past several administrations.  Wikipedia has a page on the United States Surgeon Generals.   At the bottom, there are pictures of them along with duration of their appointment.   There is also a link to a profile page of them:  U.S. Surgeon General 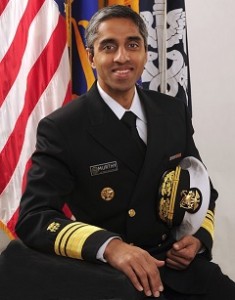 Vice Admiral Vivek Hallegere Murthy (born July 10, 1977) is an American physician, a vice admiral in the Public Health Service Commissioned Corps, and the 19th Surgeon General of the United States.[2] Murthy, founder of nonprofit Doctors for America, succeeded Boris D. Lushniak, who had been Acting Surgeon General since 2013.[2] Murthy is the first-ever Surgeon General of Indian descent.

On July 1, 1946 the Communicable Disease Center (CDC) opened its doors and occupied one floor of a small building in Atlanta. Its primary mission was simple yet highly challenging: prevent malaria from spreading across the nation . . .

Descended from the wartime agency Malaria Control in War Areas (MCWA), the CDC initially focused on fighting malaria by killing mosquitoes . . . DDT, available since 1943, was its primary weapon, and the CDC′s early challenges included obtaining enough trucks, sprayers, and shovels necessary to wage the war on mosquitoes.

As the organization took root deep in the South, once known as the heart of the malaria zone, CDC Founder Dr. Joseph Mountin continued to advocate for public health issues and to push for CDC to extend its responsibilities to other communicable diseases. In 1947, CDC made a token payment of $10 to Emory University for 15 acres of land on Clifton Road in Atlanta that now serves as CDC headquarters.

Note:  Alexander King, co-founder of the Club of Rome traveled to Washington in 1943 to discuss DDT.  Subsequently, he became the director of the British Scientific Office in Washington, coordinating the Commonwealth scientific representation in the U.S.

The following is the description of the responsibilities of the Surgeon General according to Wikipedia:

The Surgeon General reports to the Assistant Secretary for Health (ASH), who may be a four-star admiral in the United States Public Health Service, Commissioned Corps (PHSCC), and who serves as the principal adviser to the Secretary of Health and Human Services on public health and scientific issues. The Surgeon General is the overall head of the Commissioned Corps, a 6,500-member cadre of health professionals who are on call 24 hours a day, and can be dispatched by the Secretary of HHS or the Assistant Secretary for Health in the event of a public health emergency.

When I clicked on the link to get information on the Assistant Secretary for Health, I saw a familiar face. 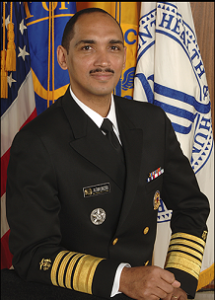