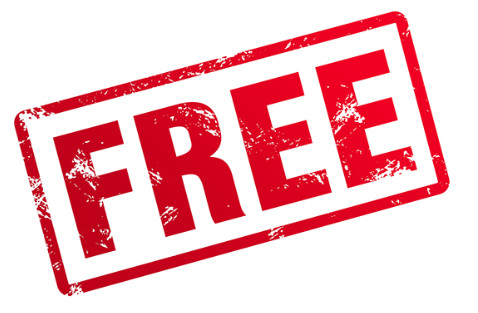 The documentary, Active Measures is a case study.  A case study in what you ask? The answer: Too  many things to list.  Because of that, this piece will focus only on a few crumbs of information otherwise, this would turn into a book.

It’s not known if there is a free version to watch anywhere but it can be viewed on Amazon and youtube for a nominal sum.  Naturally, it makes Hillary & Company look like a paragons of virtue,  Trump & Company look like white collar mafia and Vladimir Putin, the personification of an evil dictator rising.  For Trump and Putin, there is perhaps some modicum of truth but for Hillary, it’s laughable because it was the actions of the Clinton Administration that enabled the worldwide syndication of crime.  For that reason, it would seem that Hillary’s problem was that she couldn’t manipulate Putin because he is orders of magnitude smarter than she.   Unlike American leaders, Putin put a stop to the looting and grand theft of the wealth of his country.  For that, he is demonized in the western world.

The half of the story that is left out of this documentary is the part that Americans and British  played in the creation of the world system of “free crime”.  It is an open world system with no rules for economic war machines – corporations.   This system of Free Crime is too big and the players are too sophisticated for governments operating within their defined geographic space to handle and the incentives to become global partners in crime are too great.   It’s the perfect storm that country leaders only want to chisel away at the edges – catch the little guys and make a big deal of it as if they’ve done something important.

After the preliminaries, this story begins with Trump and the building of Trump Towers.  Trump Towers is a luxurious condominium complex in midtown Manhattan.  A condominium is an apartment but you buy it, you don’t rent it.  The purchase doesn’t include a share of ownership in the building, it includes only the space between the walls of the apartment.  The purchase of a condo is a private business deal not involving any government entities or title companies.  The deal is handled by lawyers which makes the claim that the Russian oligarchs bought condos as a money laundering scheme plausible – but it should be understood that it’s a universal money laundering opportunity that works for the South American drug lords as easily as Russian oligarchs. Any cash business works for that purpose.  The Diamond District in New York serves equally well for money laundering operations as does a gambling casino.

The building of the Trump Towers Condominium Complex didn’t make Donald Trump a criminal.  It means that he was a smart businessman who found a way to exploit a loop hole.  The corporate tax code is full of loop holes for smart businessmen.  That’s why being a lawyer or a CPA is so lucrative and the relationship with politicians is so cozy.  Washington DC is probably the center of the world for the Buy a loop hole business.

Anybody who has not had their head in a low, dark place knows that Russia was looted as a result of the collapse of the Soviet Union and the privatization that followed.   That’s how the oligarchs made their money.  From the Active Measures video, the following is a brief clip.

The Channel Islands are an archipelago in the English Channel, off the French coast of Normandy. They include two Crown dependencies: the Bailiwick of Jersey and the Bailiwick of Guernsey. Although they are not part of the United Kingdom, the UK is responsible for the defense and international relations of the islands. The islands are not members of the Commonwealth of Nations or of the European Union.  [Excerpted from Wiki].

The Islands are a perfect location to launder money in a global free crime system.  As islands they are “self-governing” which means no government except that which they decide upon themselves.  It’s not an accident or an oversight that islands act as a loophole for financial crime.  It’s by design and it’s the way the British Empire was built.  It doesn’t matter whether its a real island, a port district on the sea or an inland port district on an international corridor (shipping lane).  The global crime syndicate that originates with the City of London aids in the establishment of free crime zones from which they can loot countries and they have been doing so for about a 1,000 years now and they’ve spread the disease to the United States.

When the British-American elite crime syndicate succeeded in establishing the World Trade Organization, the disease metastasized.  It’s not free trade, it’s free crime and they’ve been using the free crime island system to loot and bleed our country dry as well.  I’ve written about it ad nauseam.  The admission that Semion Mogilevich used the Channel Islands to launder money out of Russia to locations around the world is huge considering that in the course of my research on logical islands, I found a clip of Shanker Singham, employed by the Legatum Institute in London in which it is revealed that he worked in Russia during the period of the privatizations and there is no doubt in this writer’s mind that Singham or one of his syndicate brethren  had connections to Mogilevich.

Shanker Singham is a member of the Bretton Woods Committee which means that this criminal operation has the cover of the most elite of international institutions.  And how I found Shanker was that a friend of mine from Oklahoma zeroed in on Singham when he was lobbying the Oklahoma legislature to establish free crime zones in Oklahoma.  And the really sick joke is that the construction of free crime zones is supposed to alleviate poverty.  The following stories are about free crime zones as logical and real islands:

Secret Society in the Justice Department?

Watch the Active Measures documentary and connect the free crime island system dots.   If you do that, you will have the context for what ails America and the world.  We are awash in white collar crime.  You don’t need to be a genius to figure it out.  You just have to see the pattern and you’ll understand it all.

P.S.  One thing I nearly forgot to mention was the segment about the apartment building being blown up.  It sounded like the event for Russians was similar to the World Trade Center event on 9/11 but without airplanes.  I do know that the Wall Street area was turning into a ghost town in the mid 1990s.  Corporations were moving to New Jersey, Brooklyn and elsewhere.  The thought crossed my mind, were there any plans to convert the World Trade Center offices to condominiums?  Interesting thought don’t you think?

Also, it did not escape my attention that the two Channel Islands mentioned are also breeds of dairy cows.   Why is that significant?    I have one explanation but maybe some of you geniuses out there can figure it out.  By all means, do write about it when you have an answer.