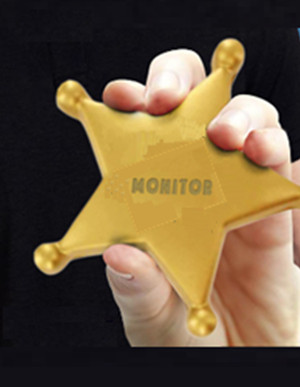 On December 13, 2022, the House Subcommittee on Civil Rights and Civil Liberties held the seventh in a series of hearings on what is alleged to be a movement of white supremacy and the threat to democracy.  The title of the hearing is Confronting White Supremacy (Part VII): The Evolution of Anti-Democratic Extremist Groups and the Ongoing Threat to Democracy.  The Chairman of the Subcommittee is Jamie Raskin (D-MD).

The following is a clip of one of the alleged experts on White Supremacy testifying to the committee.

As soon as IPS opened its doors in 1963, it plunged into the anti-Vietnam War movement. In 1965, Raskin and Associate Fellow Bernard Fall edited The Vietnam Reader, which became a textbook for teach-ins across the country. In 1967, Raskin and IPS Fellow Arthur Waskow penned  “A Call to Resist Illegitimate Authority,” a document signed by dozens of well-known scholars and religious leaders that helped launch the draft resistance movement. Source: Institute for Policy Studies

Kathleen Bellew brazenly lied to the committee twisting history that includes Jamie Raskin’s own family history.  This testimony is fiction and is therefore pure theatre.

Little Jamie was following in his father’s footsteps.  In 1989, Jamie Raskin was the General Counsel for the National Rainbow Coalition.  On November 18, 1989, the Rainbow Coalition sponsored a conference to define New Strategies for Political Empowerment.  The hearings on white supremacy that Raskin and Jerry Nadler have been holding are projections in order to  retain the power of Community that has been built over the last 30 years.

Confronting White Supremacy (Part I): The Consequences of Inaction
May 15, 2019

Hate Crimes and the Rise of White Nationalism, April 19, 2019
Lindsay Schubiner, Program Director for the Western States Center, written testimony for the record 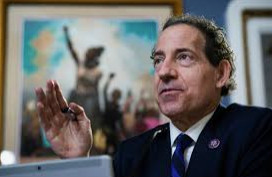 What drew my attention to the Raskin hearing was the appearance of Eric K. Ward as a witness in a video report by Harrison Smith on the Banned Video website.  Look to the right for the video report.

Eric K. Ward, until very recently was the Executive Director of the Western States Center (WSC).   In November of 2022, Ward became Executive Vice President of another non-profit called Race Forward.  Get it?  Double entendre? You’re intended to get it.  It’s in your face but you can’t say anything about it because of the Marxist/Communist network they built.

Notice in the panel on the right:  Government Alliance on Race and Equity (GARE), a national network of local government.

In the previous article on this subject, The Red Thread in the Pacific Northwest, it was found that Eric Ward was connected to the radical leftist “peace movement” of the 1960’s by way of his employment with an organization called Clergy and Laity Concerned (CALC) in Eugene, Oregon.  CALC received leadership training from the Peace Development Fund.  The Peace Development Fund (PDF) was a radical leftist organization whose mission was to train community organizers  to engage in activities that would lead to economic conversion to a “peace economy” and military disarmament.  Tracing back from the PDF, one of the original radical leftists was Marcus Raskin, Jamie Raskin’s father.

At this point, it seemed prudent to watch all seven of the hearings on white supremacists.  In the first hearing (clip), George Selim was one of the witnesses.  George Selim is Vice President of the Anti-Defamation League and in his introduction, it was revealed that he was the founding director of the Office of Community Partnerships for the Department of Homescam Security.

An archived website for the Clinton Administration gives summary descriptions of Clinton-Gore efforts towards “reinvention of government” or more accurately, shredding Constitutional government.  Their new government is Communist/Marxist and Criminal – which is a redundancy.  It is run by terrorists partnered with businessmen who rule by principles of social justice and equity which means they do what they want – and take what they want.  If you don’t believe it, all you have to do is to look at the courts and the justice system.  They are a mixed bag at this point but increasingly, they are shredding constitutional law and government.  The law they apply is what they make up to suit the outcome they want. And for the record, I’ve seen that in practice personally.  Even if you don’t believe me, listen to what Alan Dershowitz, a Constitutional scholar had to say recently on John Solomon’s program, Just the News.

Protecting the Rights of the
Jewish Mafia, Communists and Terrorists

The following two images are from the archive of the Clinton Administration – programs for terrorists.   Notice in particular that the American flag has no white stars on it – and it isn’t blue.  It’s black.  My guess would be that this is the ISIS flag.  (Note:  the center flag is for Palestine). 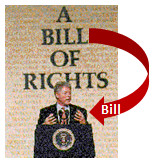 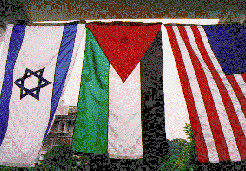 Notice that the archived Clinton website references Clinton’s New Covenant.  To the right, Jesse Jackson, then leader of the Rainbow Coalition speaks about the New Covenant.

President Clinton offered a vision for America in his speech announcing his candidacy for president. He said, We need a New Covenant to rebuild America, a solemn agreement between the people and their government. Government’s responsibility is to create more opportunity for everybody, and our responsibility is to make the most of it.

. . . Based on the New Covenant equation of creating more opportunity, while demanding more responsibility, President Clinton has led a fight to restore the American dream. This booklet describes the successes we have had so far, and the challenges that lie ahead. The booklet focuses on a broad array of issues, including:

Monitors of the Covenant

The Western States Center (WSC) seems to be the ring leader for the Marxist/Communist network of operatives who have embedded themselves within the local governments of the Pacific Northwest.  Collectively, they would be called “The Community” – the organizations that George Selim was referring to as Community Partners.  They are engaged in social and cultural programs.  They attempt to squelch democratic participation in the public arena by anybody who doesn’t agree with their multi-culty, non-western, communist world view.   Based on all the preceding documentation, one could say that the WSC and affiliated community organizations are the Monitors of the Covenant.  They use scurrilous accusations  of racism, Nazism, white supremacy, white nationalism, domestic terrorist, etc. against anybody who holds a different opinion in opposition to theirs.

Founded in 1981, Race Forward catalyzes movement building for multiracial democracy by advancing partnerships with communities that expand the practice of and commitment to racial equity in culture, policy, and institutions. It is home to the Government Alliance on Race and Equity (GARE), a national network of local government working to achieve racial equity and advance opportunities for all; and Colorlines, a multi-media platform home for those interested in deepening their understanding of racial justice; and presents Facing Race, the country’s largest multiracial conference on racial justice.

Jesse Jackson, leader of the Rainbow Coalition talking about the New Covenant

Jackson’s full speech can be heard on C-Span.  It was recorded on February 12, 1993.  You’ll see Robert Borosage in the crowd at the beginning.  Borosage was working for the Institute for Policy Studies – the Institute that Marcus Raskin, Jamie Raskin’s father started (See this article).  The actual beginning of the conference starts at 11:00 minutes into the video. 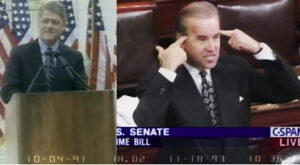 Race, Religion and Politics  –  What could possibly go wrong?

One has to go back to the Community Initiatives of the Clinton-Gore Reinvention of Government programs to see how the Community organizational structure was built.  One aspect of it can be found on the archived website of the Clinton Administration under the heading of Welfare Reform – ending welfare as we knew it.   Need I say it?  The devil is in the details.  Most people refer to this legislation as the Welfare to Work Act of 1996.  That’s a mislead.  The title of the legislation that was passed was:

Here is the curve ball.  Section 104 of this legislation is charitable choice and it was pushed by Senator John Ashcroft (R-MO) who is alleged to be a constitutional scholar.  Taken all together, this legislation seems to be privatization of the welfare system providing the legal framework for the The Community.

Separation of Church and State to Be Bush-Whacked?

The primary engineer of “charitable choice” was John Ashcroft, Bush’s controversial nominee for Attorney General, who as U.S. Senator pushed through a “charitable choice” amendment to the 1996 Welfare Reform Act at the eleventh hour. The Freedom From Religion Foundation launched what is believed to be the nation’s second challenge of “charitable choice,” in an October lawsuit against public funding of “Faith Works,” a religious group that received Bush’s blessings during a campaign stop.

Bush met with 30 ministers and religious leaders in a closed meeting in Austin on Dec. 20 to discuss his plans to greatly enlarge “charitable choice” and the role of churches in federally-funded welfare programs.

Establishment of White House Office of Faith-Based and Community Initiatives

Agency Responsibilities with Respect to Faith-Based and Community Initiatives