The Red Thread in the Pacific Northwest – Page 2

On December 14, 1960, the General Assembly of the United Nations adopted Resolution A/RES/15/1514.  The resolution was a Declaration on Granting of Independence to Colonial Countries and Peoples. This resolution was proposed by Nikita Khrushchev, leader of the communist party and the Soviet Union.

Why?   Cuba.  The takeover of the Cuban economy by American businesses and organized crime.

Marshall Tito of Yugoslavia organized what would become the first summit of the non-aligned countries.  The Belgrade Summit participants met between September 1 thru September 6, 1961.  Their final report, the Belgrade Declaration was issued on September 6, 1961.  Source: Middlebury Institute of International Studies at Monterey, James Martin Center for Nonproliferation Studies

On September 25, 1961, President John F. Kennedy gave a speech at the United Nations telling the world that both the United States and the Soviet Union accept general and complete disarmament. (WTF?  The US and USSR surrender to the third world?)

“…So let us here resolve that Dag Hammarskjold did not live, or die in vain. Let us call a truce to terror. Let us invoke the blessings of peace. And as we build an international capacity to keep peace, let us join in dismantling the national capacity to wage war.

It is in this spirit that the recent Belgrade Conference–recognizing that this is no longer a Soviet problem, or an American problem, but a human problem–endorsed a program of “general, complete and strictly and internationally controlled disarmament”…. And it is in this spirit that we have now presented with the agreement of the Soviet Union–under the label both nations now accept of “general and complete disarmament”.

The program to be presented to this Assembly–for general and complete disarmament under effective and international control….

To destroy arms, however, is not enough. We must create even as we destroy–creating worldwide law and law enforcement as we outlaw worldwide war and weapons. In the world we seek, the United National Emergency Forces, which have been hastily assembled, uncertainly supplied, and inadequately financed, will never be enough.

Therefore, the United States recommends that all member nations earmark special peacekeeping units in their armed forces–to be on call of the United Nations, to be specially trained and quickly available, and with advanced provision for financial and logistic support.

In addition, the American delegation will suggest a series of steps to improve the United Nations’ machinery for the peaceful settlement of disputes–for on the spot fact finding, mediation, and adjudication–for extending the rules of international law.

We shall propose, further, cooperative efforts between all nations in weather prediction and eventually in weather control. We shall propose, finally, a global system of Communications satellites linking the whole world in telegraph and telephone and radio and television. The day need not be far away when such a system will televise the proceedings of this body to every corner of the world for the benefit of peace.

It is in this spirit that the recent Belgrade Conference–recognizing that this is no longer a Soviet problem, or an American problem, but a human problem–endorsed a program of “general, complete and strictly and internationally controlled disarmament”…. And it is in this spirit that we have now presented with the agreement of the Soviet Union–under the label both nations now accept of “general and complete disarmament“.

The U.S. State Department, Office of Public Services, Bureau of Public Affairs issued Publication 7277  to explain the disarmament plan.  It was released presumably after Kennedy signed the Arms Control and Disarmament Act.

Note:  the version of Publication 7277 above is a reprint.

The Solution to the Disarmament Problem?

There shall be established observation posts at such locations as major ports, railway centers, motor highways, and air bases to report on concentrations and movements of military forces.

Declassified memos – Joint Chiefs of Staff and the Secretary of Defense, 1961

Set forth as the objectives of a program of general and complete disarmament in a peaceful world:

(a) The disbanding of all national armed·forces and the prohibition of their reestablishment in any form whatsoever other than  those required to preserve internal order and for contributions to a United Nations Peace Force;

Note:  I remember when they removed the weapons from the National Guard armories in Idaho.  I think it was during the Obama  Administration but I don’t remember for sure.  Also, refer back to the Morganthau Plan again. 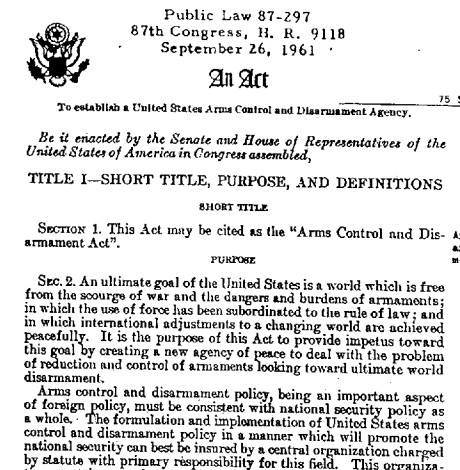 Is this why the Communist Chinese build renewable energy facilities next to military facilities?  Seems logical to me.

The World Bank and the Socialist International

The Pearson Commission: Partners in Development 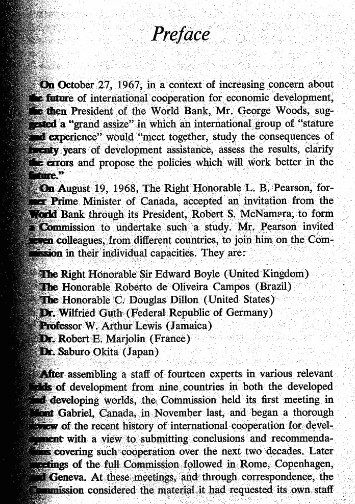 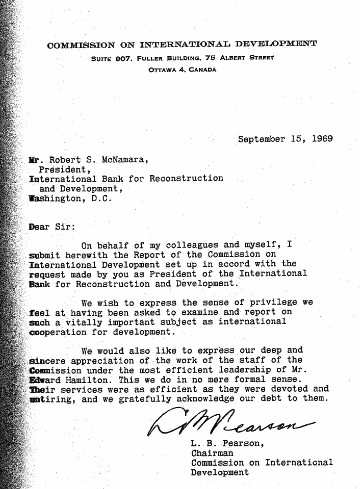 On March 8, 1990, President George Bush and Transportation Secretary Sam Skinner announced a new transportation policy for the United States.  Notice that Bush recognized Deputy Secretary Elaine Chao at the event.  Listen for the description of the new system.

Transcript of the speech

Military in the 21st Century

Barnett’s presentation is better viewed directly on C-Span:  Military in the 21st Century

In 2004, C-Span did not have their archive of past programs online.  The only way to preserve Barnett’s words was to prepare a transcript of the program.  That’s what I did.  TRANSCRIPT.   You will notice that there are some sentences and paragraphs highlighted.  Even if you don’t read it, look for the highlighted words and paragraphs.  As I went through it again, I noted Barnett’s reference to Toronto and SARS.  Wow… Same story as given for COVID except that it arrived in Toronto.

The Slides below are from Barnett’s presentation.

In 2004, Thomas P.M. Barnett gave a presentation at the Industrial College of the Armed Forces that was broadcast on C-SPAN.  The purpose of the presentation was to present a new strategy for the U.S. Military.  For 10 years, Barnett “directed the New Rules Sets Project in partnership with Cantor-Fitzgerald (a Wall Street firm and the biggest trader in U.S. Treasuries).

[Side Note: My flash reaction to this image was that the Twin Towers were symbolic of the United States and the Soviet Union. On September 11, 2001, both towers came down.  David Rockefeller’s organization Council of the Americas was working towards the Free Trade of the Americas (FTAA) – end of borders, end of our nation-state.  On September 11, 2001, Secretary of State Colin Powell was in Lima, Peru to sign the Inter-American Democratic Charter  – a treaty with the Organization of American States (OAS).]

The reason I included Thomas Barnett and his presentation in this post is because of what Barbara Markusen said about the military selling the services of our soldiers as mercenaries around the world and Thomas Barnett’s mention of billable hours for the time of our soldiers.  People who travel in the same thought circles use the same concepts and examples.

In case you missed it – Agenda 21 aka Sustainable Development is the plan for economic conversion and disarmament but it’s not putting the defense contractors and the military out of business; it’s putting you out of business – including the ability for young people to start families and live normal lives.