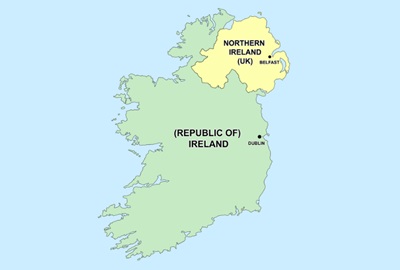 In a bulletin dated April 30, 2015 on the website of Judicial Watch about the Clinton “21st Century political machine”, the following is a paragraph about Huma Abedin and her connection to Teneo.

Then there is Teneo Holdings, a global consulting firm with deep Clinton connections. Teneo serves as a kind of private-enterprise satellite to Clinton Inc. Doug Band, Mr. Clinton’s right-hand man for many years, is a Teneo founder. Huma Abedin, Mrs. Clinton’s right-hand woman for many years, was a senior advisor to Teneo at the same time she held a top position as part of Mrs. Clinton’s inner circle at the State Department. Bill Clinton was both a paid adviser to Teneo and a client. Secretary of State Clinton’s former Economic Envoy to Northern Ireland, Declan Kelly, is a Teneo co-founder and CEO.

… Reporter Ron Brynaert is one example of this new breed of investigative gunslinger. A former executive editor for Raw Story, Brynaert has been digging deep into the Teneo connection and publishing his findings at his blog, “-gate news” and on Twitter. While the media focus on former Clinton aide Doug Band as the key Teneo founder, Brynaert has explored the extensive Clinton ties of Declan Kelly, the Teneo co-founder and CEO. Based on Brynaert’s reporting, Kelly seems to be the real brains behind the operation.

Kelly’s bio on Teneo’s website has the missed tidbit:

Prior to Teneo, Mr. Kelly served as the U.S. Economic Envoy to Northern Ireland at the U.S. Department of State. Mr. Kelly was appointed Economic Envoy by Secretary of State, Hillary Clinton, in September, 2009.

In his role as Economic Envoy, Mr. Kelly is recognized as having helped bring significant investment to the region from U.S. corporations. He also played a significant role in supporting the efforts that led to the historic devolution of policing and justice powers to the Northern Ireland Assembly, giving Northern Ireland fully devolved political governance for the first time in its modern history.

The Assembly Commission may delegate any of its functions to the Speaker or a member of staff of the Assembly and may determine its own procedures.

In an article in Politico, they reveal that while Declan Kelly was appointed to a position in the State Department, he didn’t draw a paycheck.

When Hillary Clinton became secretary of state she personally sought out a man named Declan Kelly to be her economic envoy to Northern Ireland, giving her 41-year-old former fundraiser a special status outside normal diplomatic channels.

By some measures, Kelly was a bargain for the government. The Ireland-born businessman refused a salary, hired five staffers on his own dime and pushed for U.S. companies to invest in the once-troubled region, a diplomatic priority for Clinton.

But while serving as Clinton’s special envoy, reaching out to global corporations for those investments, he was also working for two of them as a private consultant — earning about $2.4 million from Dow Chemical, a longtime client of his and one of the firms that participated in Clinton’s Ireland initiative.

Another article in Politico in 2016 said that it was Declan Kelly who arranged for the lucrative paid speeches for former US President Bill Clinton.  The article also included this:

In the first linked Politico article the following is mentioned:

… And it all started while Kelly was at Clinton’s State Department, working doggedly to promote her agenda of persuading businesses to invest in Northern Ireland and winning strong praise from his boss.

In 2010, Ireland was experiencing an economic meltdown according to the news.  It was a big enough story and it connected with my other research so I wrote about it.  Then in March of this year, Charles Ortel and Jerome Corsi did segment on Irish Aid and I wrote about that too.

Notice that the five countries/regions involved in the International Fund correspond to the Five Eyes.

When I read the text that I called the missed tidbit (devolution of policing and justice powers to the Northern Ireland Assembly, giving Northern Ireland fully devolved political governance), I did a search on “political devolution” and found this article:

At the point when it was discovered that Hillary Clinton was using a private server and the first email was found that was State Department business, the FBI should have launched a criminal investigation with the intent to prosecute everybody involved for breaching the national security.   Why didn’t they?   Because the FBI is under the Department of Justice (DOJ) and the DOJ is involved in the Five Eyes (Page 26).   What better way to run a crime syndicate than to do it by managing law enforcement and the justice systems?

Yesterday, the Senate Intelligence Committee held a hearing on the alleged Russian interference in the 2016 election.  Listen to the testimony of Victoria Nuland who was the Department of State, Assistant Secretary for European and Eurasian Affairs.  She mentions a national fusion center and multilateral cooperation.

The bottom line is that the Clinton’s tried to engineer a coup d’etat on our country – but not just our country.  Think about this as a corporate restructuring plan – a rearrangement of the world.  Roughly speaking, the strategy goes like this:

On the webpage of the Clinton Foundation, there is a Gantt chart for the Clinton initiatives.   Look at each one of them as a new mission for a privatized national agency.   The C40 megacities are the major economic hubs of our country.  Smaller cities and towns have the same structure (economic club – partnership between government and business) but the large cities were targeted first for obvious reasons.

Lookup for the DUNS numbers  (no prefix – number only).