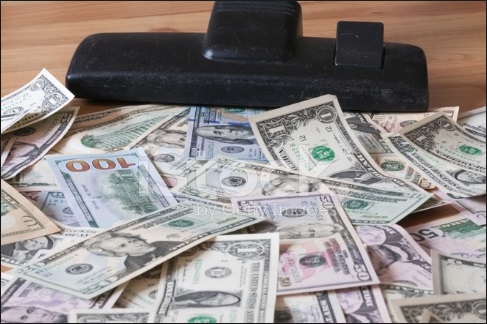 This morning I began working on updating my research on the Public Health System because as you know… or should know by now, it’s the Public Health System that is importing all of the refugees into Idaho.   Idaho’s Public Health system is a privatized system which means that YOUR government has put YOUR life and your FAMILY’S LIVES into the hands of a private organization called the Jannus Group – formerly the Mountain States Group.

The timeline for privatization can be found HERE.

Prior to my research on the Public Health System due to the connection with refugee resettlement, I was researching the health care system and health care reform because the design of the system is for applied genetics research.   You don’t mind being a human rhesus monkey for medical science do you?

One of the research articles I wrote in 2009 was called The Nightmare of Project Destiny.   I first heard the name “Project Destiny”  when I was watching a hearing on the government’s takeover of AIG at the peak of the financial meltdown.  Edward Liddy was the appointed CEO of AIG.  I’m not sure who appointed him – the U.S. Treasury or the Federal Reserve but he was put there to manage AIG’s divestment of their lines of business that put them in the financial dumper.  It was Edward Liddy who made reference to Project Destiny.  When I researched it, it was a plan for a new medical specialty – pharmacists as health care providers.  In the new paradigm of health care by chemistry for applied genetics research, that makes sense…  take the doctor out of the picture and replace him with a chemist who can mix up a witches brew to alter your DNA.

Board of Pharmaceutical Specialties Press Release

Petition for a New Specialty

Probably because of the number of times that Donald Trump used the word “Destiny” which disturbed me greatly every time I heard him say it, I went back to listen again to the testimony of Edward Liddy in the AIG hearings.

I noticed something this time that I didn’t notice before.  What I noticed was the number of Representatives from Ohio who were there questioning Liddy and who were really upset about AIG’s meltdown.   One of them said that their public employees pension funds were invested in AIG and they stood to lose their investments.  Those public employees would be teachers, firefighters, police, state employees, etc.  Then the thought came to me… I wonder if the Cleveland Clinic was involved.  BINGO!

This is a link to the Cleveland Clinic website.  There is a link on that page to a report titled A Health Care Model for the 21st Century.  [Just in case the pdf is taken down, a copy of it can be found HERE]

Some of the highlights in the model:

When I first discovered this structure – a zone of separate territory under a different governing structure, it was “The CORE” in Meridian, Idaho.   The “CORE” is a biomedical research park connected to St. Luke’s Hospital and Idaho State University (ISU has a school of pharmacy – that a couple of years ago was upgraded to the level of a pharmaceutical research facility).   Here are the two research articles I wrote on the CORE as I was trying to figure out what they were doing by defining the elements of what I called a Trojan Triangle.  I called it a Trojan Triangle because I needed a name to include all elements of the multi-layered construct that I saw.

What captured my attention initially was the 23-person Communist Chinese delegation that visited the CORE to look at it as a potential investment opportunity.  The Authority over the CORE zone were looking for foreign direct investment in the CORE by selling EB-5 visas which is a program of selling American citizenship.  The Authority gets the money and the Communists get the American citizenship.

The other big clue in the Cleveland Clinic brochure was the ‘virtual network… traveling medical personnel.. anywhere in the world’.   That says Global Health and Doctors without Borders.    Which includes the Clinton Global Health Initiative.  [btw…  Chris Stevens was in Benghazi to talk to the hospital administrators about modernization of their hospital emergency room facilities.]

What set me off is that the hospitals are not just double-dipping into the pockets of Americans they are at least triple-dipping or quadruple dipping into our pockets while the health care system was changed to provide health care to the healthy at insurance rates based on individual, self-insurance for people with catastrophic illness.  The American taxpayers are picking up the tab for the global health system by pass-through funding through the hospitals and the insurance companies.   On top of that, each specialty unit they set up can potentially receive research grants because they are specialty and “state-of-the-art”.  The entire system constitutes a robbery in progress.

This is the monumental fraud I’ve ever seen – and I’ve just given you a cursory look at it.  Dig Deeper.  Which reminds me… the Deep State they keep talking about isn’t deep at all.  In fact, they are Overlords.  They are the unelected, unaccountable regional organizations that have replaced our elected representative government.  The two watch words are privatization and regionalization.  When you understand how both of those things work together, then you will understand why our government is not an American government in the American tradition.