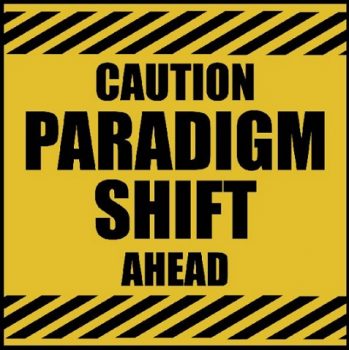 In March of 1990, Transportation Secretary Samuel Skinner and President George H.W. Bush at a White House Press Conference released a report titled Moving America: New Directions, New Opportunities.   The report outlined a new national transportation policy that was about adding technology as a new mission for the Department of Transportation and a new pot of gold to chase for the transportation sector.

This video has excerpts from the press conference.  The sound is very bad so you have to turn your speakers up full blast to hear it.

This video would have been produced sometime around 1990 because it mentions legislation in Congress that would have been the Intermodal Surface Transportation Efficiency Act (ISTEA) of 1991.  It isn’t stated, but is implied by the program plan that the High Performance Computing Act of 1991 was an essential element to the paradigm shift in transportation systems.

Lyle Saxton of the Federal Highway Administration (FHWA) was instrumental in officially recognizing a private sector group that became the public-private steering committee for Intelligent Vehicle Highway Systems.  The name of group was originally, the Intelligent Vehicle Highway Society of America (IVHS America).  It was comprised of the leadership of the Highway Users Federation and the American Association of State Highway and Transportation Officials.   The ISTEA of 1991 legislation provided funding and authorization for the organization – IVHS of America to be a Federal Advisory Committee within the U.S. Department of Transportation.  In other words, lobbyists for the transportation system were embedded in and partnered with government.

DOT asked IVHS AMERICA to draw on its membership to develop a Strategic Plan for IVHS in the United States and set it in an international context. The document to the left is that Strategic Plan. It was written by the Strategic Planning Subcommittee of IVHS AMERICA, it can fairly be called a consensus of the IVHS community in the U.S.  Pg 28

“IVHS is, in fact, a paradigm shift. The transportation/information infrastructure is a new way of looking at, thinking about, and improving mobility – a sociological as well as a technological revolution. The shift is ongoing in air and rail transportation. That paradigm shift is needed in highway and public transportation as well”.  Pg 31

This private sector special interest group that was embedded within our government was essentially given carte blanch to redesign America’s transportation and border infrastructure for the purpose of building world’s first fully automated, advanced technology highways and facilities, managed by information and control systems.

Another way to look at it is that this private sector group was given carte blance to design the quintessential police state for surveillance, tracking and control of movement in the United States.

Vice President Gore has identified broad initiatives that together will restore America’s technological leadership and reinvigorate our economy. The Vice President’s technology initiative emphasizes that investing in infrastructure means more than building and repairing bridges, harbors, and highways. Today the United States faces a new series of communications, transportation, and environmental needs for the 21st century. Pg. 2

The Program Plan called for the DOT to build a nationwide IVHS system architecture that will provide a framework for deployment of a nationally compatible system and stimulate development of products…  The IVHS architecture will describe how IVHS subsystems interact and communicate with each other, what information is shared among subsystems and how the provision of user services are integrated. The system architecture will accommodate the needs of the public and private sectors as well as state and local transportation agencies, while supporting congestion relief, improved public safety, environmental improvements, more effective intermodal transportation, and the provision of a cost effective mix of services.  Page 15

The development process for a nationwide IVHS architecture is underway… In Phase I. four architecture contractor teams are conducting parallel efforts to define an initial, open nationwide IVHS architecture. The four teams are led by Rockwell International Corporation, Westinghouse Electric Corporation, Hughes Aircraft Company, and Loral/IBM. Alternatives developed by these teams will be evaluated against a set of criteria that reflect technical. nontechnical, and cost considerations. This phase began on September 15, 1993, and is scheduled for completion in December 1994.

As part of the broad based architecture development effort, FHWA has also contracted with Johns Hopkins University’s Applied Physics Laboratory to define a national commercial vehicle system design. In addition, FTA has commissioned the Sandia National Laboratory in Albuquerque, New Mexico, to define the information flows between the central dispatcher, transit vehicles, computers and other electronic components, and the users. Both efforts will feed directly into the national system architecture development process.  Page 15

The plan for the Intelligent Vehicle Highway System was in effect, a plan to destroy America.  They traded the future of American children and their freedom for a road and an open air prison – panopticon.   Just look at the logic of it…    selling off our infrastructure to pay for high priced technology to run it.  Bankrupting our country for the profit of the technology corporations and for our own imprisonment. 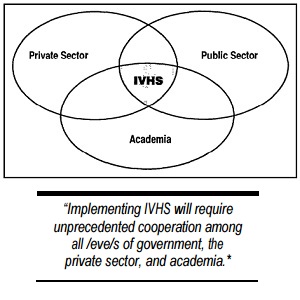 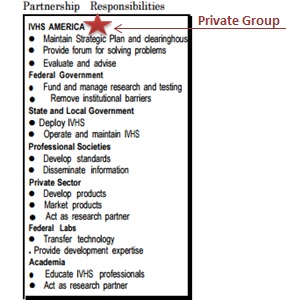 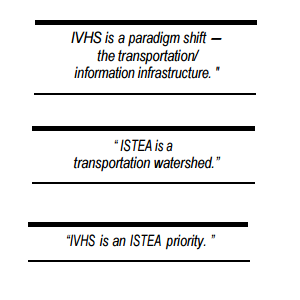 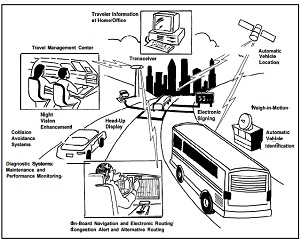 Universities must develop new programs that will educate a new type of transportation professional, one schooled in the disciplines and concepts fundamental to IVHS… communications, computer science, systems engineering, institutional studies. Academia will help implement this Strategic Plan... 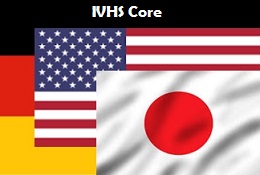 The National IVHS Program Plan is the tactical complement to the IVHS Strategic Plan.

DOT is overseeing the development of a nationwide IVHS system architecture ... The IVHS architecture will describe how IVHS subsystems interact and communicate with each other...

DOT and the DOE entered into an MOU on August 6, 1993, that will promote the use of the defense technology expertise of DOE’s national laboratories in DOT’s IVHS program. Discussions have also taken place between DOT and DOD and Advanced Research Projects Agency (ARPA) to convert applicable defense technologies to IVHS. Potentially applicable technologies include: high-definition imaging and displays, advanced sensors (e.g., infrared, microwave, acoustic), radar/lidar technologies, simulation modeling, telecommunications, advanced software (e.g., systems control, image processing, and data infusion), artificial intelligence technologies, and vehicle robotics and location systems. The GPS system with its network of satellites, IS already a component of many IVHS systems.

Gov. Going Out of Business

“Privatization initiative. To the extent permitted by law, the head of each executive department and agency shall undertake the following actions:

(a) Review those procedures affecting the management and disposition of federally financed infrastructure assets owned by State and local governments and modify those procedures to encourage appropriate privatization of such assets consistent with this order;

(b) Assist State and Local governments in their  efforts to advance the objectives of this order;

For purposes of this order:

(a) “Privatization” means the disposition or transfer of an infrastructure asset, such as by sale or by long-term lease, from a State or local government to a private party

“infrastructure asset” means any asset financed in whole or in part by the Federal Government and needed for the functioning of the economy.