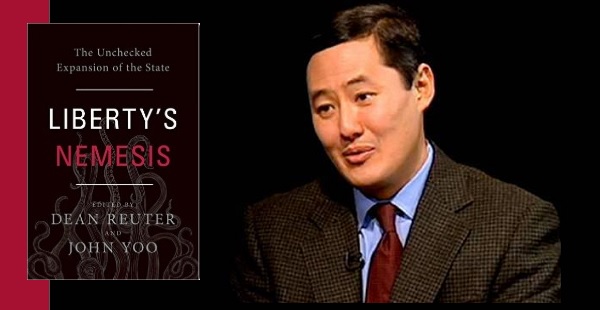 Unchecked Power of the State

Posted By: Vicky Davison: May 05, 2016In: OpinionNo Comments

Yesterday on C-Span Afterwords, John Yoo was interviewed by Victoria Toensing on Yoo’s book: Liberty’s Nemesis.  The interview and the book are about the unchecked power of the administrative state.  The agencies of government –  BLM, Forest Service, IRS, EPA, HHS, FEMA, etc.  are all tentacles of the administrative state.  They are out of control as we know very well in the west.

The following is from the description of the book on Amazon. 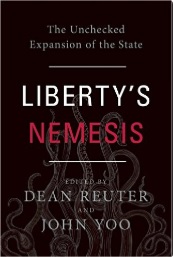 If there has been a unifying theme of Barack Obama’s presidency, it is the inexorable growth of the administrative state. Its expansion has followed a pattern: First, expand federal powers beyond their constitutional limits. Second, delegate those powers to agencies and away from elected politicians in Congress. Third, insulate civil servants from politics and accountability. Since its introduction in American life by Woodrow Wilson in the 20th Century, the administrative state’s has steadily undermined democratic self-government, reduced the sphere of individual liberty, and burdened the free market and economic growth.

In Liberty’s Nemesis, Dean Reuter and John Yoo collect the brightest political minds in the country to expose this explosive, unchecked growth of power in government agencies ranging from health care to climate change, financial markets to immigration, and more.

The People of Harney County vs the Administrative State

Pirate Takeover of the Administrative State