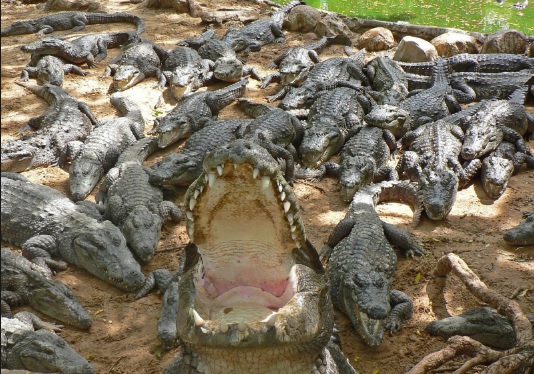 Engineering Plan for Draining the Swamp

We’re going to drain the swamp!

As it turns out, I may have the engineering plan to drain the swamp.

The following is the text of Section 3 of the Fourteenth Amendment:

No person shall be a Senator or Representative in Congress, or elector of President and Vice President, or hold any office, civil or military, under the United States, or under any state, who, having previously taken an oath, as a member of Congress, or as an officer of the United States, or as a member of any state legislature, or as an executive or judicial officer of any state, to support the Constitution of the United States, shall have engaged in insurrection or rebellion against the same, or given aid or comfort to the enemies thereof. But Congress may by a vote of two-thirds of each House, remove such disability.

If you look at a definition of the word rebellion online, most definitions say armed insurrection but that’s only one definition and is not entirely accurate.  Here is a definition that was written closer in time to the Fourteenth Amendment:

A majority of the Congress – House and Senate were in rebellion against the Constitution when they passed H.R. 4980 “Preventing Sex Trafficking and Strengthening Families Act” into law.  The reason why they were in rebellion was because Title III required the states to pass legislation to participate in the Hague Convention of 23 November 2007 on the International Recovery of Child Support and Other Forms of Family Maintenance.

The Uniform Law Commission’s  Uniform Interstate Family Support Act contains implementation language for state recognition of the Hague Convention.  The reference to the Hague Convention in state law is de facto the states “entering into a treaty” with a foreign entity in violation of Article 1, Section 10 of the U.S. Constitution.  It requires our state judges to recognize the orders of foreign judges to be imposed on American citizens.

In April 2015, near the end of the legislative session, a bill came up before the Idaho House Judiciary Rules and Administration Committee.  The bill number was S.1067, an act relating to the Uniform Interstate Family Support Act.   Idaho activists swung into action because the passage of this act was in violation Article 1, Section 10 of the U.S. Constitution.

No state shall enter into any treaty, alliance, or confederation; grant letters of marque and reprisal; coin money; emit bills of credit; make anything but gold and silver coin a tender in payment of debts; pass any bill of attainder, ex post facto law, or law impairing the obligation of contracts, or grant any title of nobility.

The Idaho legislation, S.1067/HB1 contains a direct reference to the Convention on the International Recovery of Child Support and Other Forms of Family Maintenance concluded at the Hague on November 23, 2007.   It requires our state judges to recognize foreign court orders.

Members of the House Judiciary Committee were warned that they would be violating Article 1, Section 10 of the U.S. Constitution if they voted for it.   Another way to say that – and if I’d read the Fourteenth Amendment before I wrote the letter, I would have use the words, “you will be in rebellion” of the U.S. Constitution” but it doesn’t matter because the particular words I used do not change the nature of the action – which was that if they passed this bill into law, they would be in violation/rebellion of the Constitution.

In the archive of research on the issue of including a Hague Convention into state law.  A check was made a couple of months ago to see if all states had passed the Uniform Law Commissions boilerplate law – and they had.

That’s a way to drain the swamp if anybody is really interested.