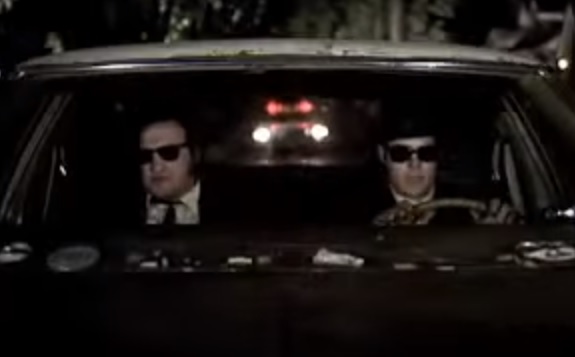 A Mission From God

An emergency press conference was called a couple of days ago to allow Refugee Resettlement Leaders to explain why the U.S. shouldn’t stop the admission of Syrian refugees in the U.S.   They are concerned because the attacks in Paris have a growing number of U.S. Governors and national leaders calling for an end – or at least a moratorium on resettlement of refugees from Syria.

The representatives from the Refugee Resettlement sector were:

What was striking about the statements from every one of them is that in their view, the United States has a heavenly assignment to be the humanitarian leader of the world and as such, it is our obligation to take in refugees.   Really?   A mission from God?

The press conference was moderated by the Refugee Council, USA. RCUSA is the association of associations that lobbies Congress for laws favorable to “The Mission From God”.  One of the conferees mentioned 9 agencies (VOLAGS) that are involved and every one of them – save for one is built on a foundation of religion.  It kind of makes me want to break out in song:

U.S. Committee for Refugees and Immigrants

During the call, the Refugee Act of 1980 was mention 3 or 4 times.  The following is from the RCUSA history section:

The U.S. has a proud history of admitting refugees of special humanitarian concern into the country. Following the admission of over 250,000 displaced Europeans in the wake of World War II, the first refugee legislation enacted by the U.S. Congress was the Displaced Persons Act of 1948. This legislation provided for the admission of an additional 400,000 displaced Europeans.

Later laws provided for admission of persons fleeing Communist regimes from Hungary, Poland, Yugoslavia, Korea and China, and Cuba. Most of these waves of refugees were assisted by private ethnic and religious organizations in the U.S. which formed the basis for the public/private role of U.S. refugee resettlement today.

In 1975 the U.S. resettled hundreds of thousands of Indochinese refugees through an ad hoc Refugee Task Force with temporary funding.

This experience prompted Congress to pass the Refugee Act of 1980, which incorporated the United Nations definition of “refugee” and standardized the resettlement services for all refugees admitted to the U.S.

Most of everything that was said in the conference call was SOS different day but there was something intriguing about Kevin Appleby, Director of Migration Policy for the U.S. Conference of Catholic Bishops so I did a search on him and hit the jackpot.  There is a profile of Appleby on the Georgetown University, Berkley Center website:

“Kevin Appleby directs the Migration and Refugee Services Office of Migration and Refugee Policy at the United States Conference of Catholic Bishops. In that role he assists the bishops in the development and promotion of migration and refugee policy positions within the context of the Church’s social and moral teaching; he also implements communication, public education/outreach and legislative strategies that foster greater advocacy, awareness, understanding, and support for the work of MRS and the vulnerable populations it serves…. Appleby has worked on Capitol Hill for Senator Russell Long of Louisiana and the Senate Select Committee on Iran-Contra.”

The big prize was finding a March 12th panel discussion on C-Span titled, Catholics and National Immigration Policy.  I started to take clips out of it but soon realized I was probably going to cut ten minutes out of a ninety minute program so please do watch the whole thing.  I did however take two short clips that focus on a very important subject. 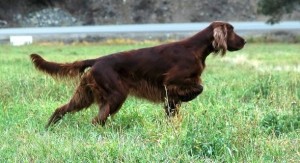 In the first video clip, Todd Scribner is introduced and then he talks about the early history of immigration policy.  I’ve included it because of his reference to port cities.

Understanding port cities is essential to understanding what is happening to our country.  Because of that, I’m going to give some drive-by history.

On the high seas, the ship’s Captain is the supreme authority with all powers afforded to a supreme ruler.   On land, there needed to be an authority with power equal to that of the ship’s captain.  The Harbor Master became that authority.  Because of the character and nature of ports, the jurisdiction of the Harbor Master was restricted to a district so essentially, an international port – a seaport became a separate and distinct jurisdiction recognized under Admiralty Law.

In 1919 at the end of World War I, the Versailles Treaty was signed creating the League of Nations inter alia.  The Convention and Statute on the Regime of Navigable Waters (see 1.1.2) was signed in Barcelona, Spain as an Annex to the League of Nations Treaty in 1921. It’s called the Barcelona Declaration.  It extended Admiralty Law to include navigable rivers connected to the ocean. 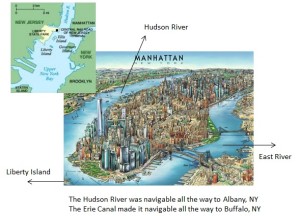 In 1921 through an Act of Congress, the Port Authority of New York and New Jersey was created as an overlay to land-based governments for the purpose building and maintaining transportation infrastructure.  On this page, there is a map of the Port District that is the jurisdiction of the Port Authority.

All of the above is to lay the conceptual groundwork for understanding internationally connected governing structures over the top of existing land-based governments.

Getting back to the Catholic Church, in 1929, the Roman Catholic church signed the Lateran Pacts with Italian government under Mussolini’s control recognizing the Vatican as an independent city-state.  The 1921 Barcelona Declaration provided the legal basis for the Lateran Pacts because the location of the Vatican is on the Tiber river – a navigable waterway making Vatican City an international port under maritime (Admiralty) law. 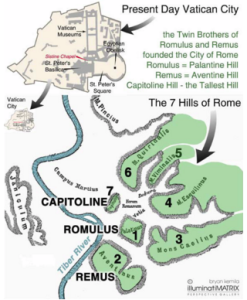 The point of all of this is to demonstrate unequivocally that Catholic Church historians have to have a very clear understanding of ports and maritime law to the extent of port districts under maritime law because of the history of the Vatican as an independent city-state. Whether or not it is the location of the true center of Catholicism is not for me to say except that apparently, it’s disputed by some.  Anyway, this was an extremely interesting line of research that I can’t include here so I’ll set up a separate webpage for it:  Seven Hills.

In the second clip of the Conference:  Catholics and Immigration Policy, Todd Scribner gives a very good description of the political involvement of the Catholic Church as an institution.  Then Kevin Appleby talks about the legislative agenda of the church as it pertains to immigration.  Pay particular attention when he mentions 2001.

Appleby mentions Vincente Fox’s speech before Congress and how excited they all were because their agenda was moving.   So what was that agenda?

Vincente Fox speech to a joint session of Congress on September 6, 2001

Vincente Fox had a plan:   The Partnership for Prosperity.

And here is an interesting one about California and Mexico signing a trade pact.  Of course that’s in violation of the U.S. Constitution Article 1, Section 10 – but hey… they were a region now – a state no longer.   Notice  the intent to establish 15 trade centers at Community Colleges.   It adds context to the piece I just finished – Saints, Sinners and the Marriage From Hell.

Mexico also had an economic development plan.   See Losing Our Sovereignty #2, United Islands of North America.   And towards the end, see the Marine Highways.  I’m not sure how they did this but I suspect it was Ted Stevens defining the routes of the Alaska ferry system and connections – the Alaska Marine Highway Ferry System – highways for transportation funding.

I have a lot more info on the above at my old website:  Channeling Reality.

The other thing Appleby talked about which makes absolutely clear the political and unAmerican activities of his activities with respect to the Catholic Church was the Guest Worker program.

So what is the objective?   If you are going to eliminate nation-states, you must eliminate national identity among the people – hence the “global citizen”.   If you are going to bring down a country, you must have a foreign occupation force to run the operations formerly run by government.  You don’t want nationals in key positions, you want foreigners loyal to the objective – or at least desperately loyal to the paycheck.  And you want a replacement population large enough to swing the votes in a direction that allows you to do what you are doing – which is to bring down the nation-state.   The refugee program does that and they’ve been doing that 65 years.

So how do I link all of this together?   Vatican II.  Vatican II was a reorganization of the church to “bring the band back together”.  Who is the band?   The Holy Roman Empire – with the elimination of nation-states.  Port cities as centers of commerce connected to the global empire under the auspices of the United Nations.   This is a link to a video of Sister Corinne giving a keynote speech at the National Federation of Community Development Credit Unions…  Serving the Underserved.  (3rd video down).    Vatican II got the Nuns out of the church and on The Street.  Kevin Appleby explained why the church was involved in the immigration issue.  He said, “Jesus was a refugee”  and for 150 years, papal teaching has been to “Welcome the Stranger”.   Put another way, welcome the invader.   Stranger Danger.

1961 was the year the Marshall Plan – OEEC reorganized to become the OECD headquartered in Paris, France.

So is there anything we can do about this?   Yes, absolutely.  Understanding it is half the battle.   I’m not going to include what we can do here because this is already too long.  What I will say though is that these people are committing treason behind the mask of humanitarianism.   Because of that, you must think with your head and not your heart.