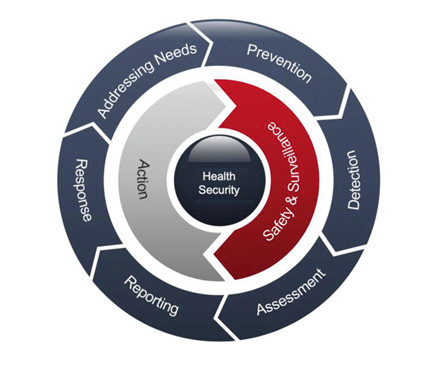 Recently, CSIS hosted a fireside chat with Dr. Rochelle Walensky, Director of the CDC concerning the CDC’s performance during the COVID-2 pandemic exercise and the reforms she is planning as a result.  It sounds to this analyst like the plans are to stand up a Department of Health Security.

Why do I say that it was an exercise?   Because in the timeline of the scamdemic, the first case of COVID was documented to be a man in Washington State who showed up at a clinic with flu-like symptoms on January 19, 2020.  He allegedly had just returned from Wuhan China.  The clinic sent a sample to CDC and CDC reported that the man tested positive for the novel Coronavirus (2019-nCOV) on January 20, 2020 making him the first case in the U.S. It was that case that allegedly kicked off the entire emergency response.  So what’s the problem?

The Governor of Tennessee activated their Emergency Operations Center on January 16, 2020 four days before the first case was diagnosed.  Secondarily, why would the random little clinic in Washington state send the sample to the CDC to be tested when the State of Washington has a very advanced system of Public Health including CDC certified laboratories?

The main elements of Walensky’s reforms are the following:

•  Establish a communications and IT systems network between the CDC, Public Health Departments, Laboratories, States and health care providers with authority to mandate the reporting of data.

•  Increase the size and quality of the public health workforce including embedding CDC personnel in Public Health Districts at the local level.

•  Legal and budget authority for emergency response the same as FEMA has.

It appears to this analyst that the overall objective is for a Public Health takeover of our health care system to act as gatekeepers and the overseers of data collection, uniformity and dissemination.

If a narrative fits into the trajectory of the development of a system – in this case, the National Health Information Infrastructure, then you know you are looking at a dialectic.  The “actors” are playing parts in a script designed to further the background agenda.  Universal Flu Vaccine – a hoax, a narrative that serves the system development objectives.  In this case, the systems are Global Health and Global Emergency Management.

May 1, 2018 – Thinking of developing a universal flu jab?  Bill Gates and Larry Page challenge you to do it.

According to Walensky, the CDC in its new role as public health overlord (implicit) needs to work with agencies through the interagency process to coordinate policies.  Unstated but implicit based upon the systems problem definition, the interagency process would also include integration and coordination of systems design and implementation.  When they get to the subject of data commons, they are talking about enterprise architecture.

The one thing these demons can’t hide is the continuity of systems development.  In the systems world, you can only schedule phases of a project in 5 to 7 year increments.  The reasons for that are technical and not directly related to the subject here – but it’s important know the rule.  When Julie Gerberding mentioned data commons, she was

actually talking about a milestone event in the trajectory of the development of the Health Information System as a subsystem of the totalitarian system of control that was initiated in 1990 under the guise of the National Transportation System. The big picture name of the system is also the objective of the system: Total Information Awareness (TIA) using enterprise architecture.  Health care and data is one arm of the TIA octopus of control systems for the totalitarian state.

June 19, 2000 – The HHS Office of the Assistant Secretary for Planning and Evaluation published a report on June 19, 2000 titled:  Toward a National Health Infrastructure. Interim Report

November 15, 2001 – Information for Health: A Strategy for Building the National Health Information Infrastructure, 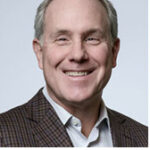 May 27, 2004, George Bush was at Vanderbilt University Medical Center in Nashville, Tennessee to talk about the plan for a national health information infrastructure.  He also announced that Dr. David Brailer, hired by HHS Secretary Tommy Thompson was named to be the first National Health Information Technology Coordinator.  The video to the right is the event.

+Who is Dr. David Brailer?

Dr. Brailer’s biography posted as a team member for the Covid Collaborative –  note the mention of Dr. Brailer being on the Board of Directors of Walgreens.  See Walgreens below.

In 1996, Dr. Brailer founded and was CEO of CareScience, a health care information management company. Under his leadership, CareScience developed one of the nation’s earliest health care cloud solutions, serving more than 25 million patients in 500 major health care systems, health plans and physician groups across the United States. Dr. Brailer led CareScience through a successful IPO and subsequent sale of the company.

Posted on CIGNA’s website  (note:  I could find no information on a 2002 appointment):

In 2002, Dr. Brailer was appointed by President George W. Bush as a health policy advisor and later became the nation’s first National Coordinator for Health Information Technology. In this role, Dr. Brailer oversaw development of the nation’s strategy for electronic records, information sharing, and consumer empowerment. His efforts set the foundation for the rapid adoption of digital health technologies that is underway today.

When the story about Theranos (Elizabeth Holmes) broke in the news, her connection with Walgreens was of interest to me because of research on another man, Dr. John Agwunobi and his reference to Walgreens being a “Trojan Horse”.  Dr. John Brailer was on the Board of Directors of Theranos.   Brailer was a member of the Board of Directors of the Walgreens Boots Alliance.  (Notice also that Valerie Jarret was on the Board).  You can read the history HERE.  Boots is a global UK pharmaceutical company that is allied with Walgreens going back decades.

The Theranos story is too complicated to explain here.  Suffice to say that Elizabeth Holmes was charged with fraud concerning her blood testing system.  Walgreens was working with Holmes to provide a test bed for the testing devices and system.  There were high profile people involved in Theranos including Dr. Bill Frist, George Shultz and others.  That part of the story was ignored for the most part.  It is mentioned here because Holmes’ device was laboratory testing equipment.

As a final tidbit, Jared Kushner was apparently leading the COVID response from the White House with a couple of buddies from Wharton.  Kushner’s interest was in laboratory test kits.

There is so much more to be told about this –

May 27, 2004 – Transcript of the event at Vanderbilt University

May 27, 2004 – Fact Sheet Transforming Health Care for All Americans

A copy of the de Beaumont report was found on their website.  While their focus seems to be to integrate public health workers into primary care settings, the following is a quote:

. . . state and local health departments need to hire a minimum of 80,000 more full-time equivalent positions (FTEs) — an increase of nearly 80% — to provide adequate infrastructure and a minimum package of public health services. (See Figure 1.) This increase in staffing would provide the infrastructure needed upon which additional staff could be added to provide more comprehensive services to respond to emergencies.

+Who is the de Beaumont Foundation?

James B. Sprague, MD, Chairman of the Board of de Beaumont Foundation.  The Foundation appears to act as non-profit consultants to integrate public health workers into the front lines of primary health care (your doctor’s office).

We are more than a funder. We are hands-on, we create programs, and we stay involved with our partners and initiatives.

We use research and engage stakeholders to assess gaps, then apply practical tools to address unmet needs.

Our projects integrate into existing systems to improve the health of communities.

The Practical Playbook: Public Health and Primary Care Together, James B. Sprague, Editor,

The entrenched separation of primary care and public health in the United States has been damaging and self-perpetuating. As both sectors struggle to meet their own challenges, population health has deteriorated due to their failure to integrate.

The Vose River Charitable Fund is an independent public charity that collaborates with the de Beaumont Foundation and serves as a fiscal agent for several programs, including

Listen again to Bush in 2004 at Vanderbilt University in Tennessee

What this is, is a federal takeover of health care indirectly through the mandate of a health IT infrastructure and if you complain about it, you’re a racist.

Charting a Course for an Equity-Centered Data System

“We did a lot of work on the equity side”

What does that mean?   Poor people who are not insured?

Community Health Workers – people not otherwise qualified for work in the private sector?

IT Systems are NOT Free.  They are very expensive both in terms of technology and the IT workforce.  To have a system like George Bush described would require the federal government to fund the overall system of coordination of health care providers and technical requirements for communications.


Whatsoever things I see or hear concerning the life of men, in my attentance on the sick or even apart therefrom, which ought not be noised abroad, I will keep silence thereon, counting such things to be as sacred secrets. – Oath of Hippocrates, 4th Century, B.C.E.

When these monsters get the national and international Health IT system built and integrated with medical research, people will become nothing more than unwitting lab rats for the human genetic demolition project.

The following are links to articles and reports on the federal enterprise architecture for the totalitarian state.