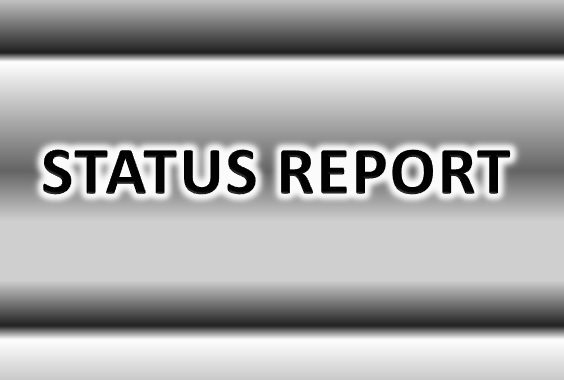 This morning a person I know sent a link to an article saying that she thought the story would be of interest to me.  That started a back and forth conversation that ended up being a summary analysis of what I think is going on in the world.  Since I wrote it, I thought I’d share it.   It is a broad and general analysis based upon my current thinking.  There are no guarantees on it.  It’s just what I think to this point.  If it doesn’t make sense, let me know.

The article that started the conversation –  USAID is contracting with George Soros funded “human rights” groups in Columbia.   The following are excerpts of the conversation.  What she wrote is in blue boxes, what I responded is in gray boxes.

Here is an article relating to USAID:

The Daily Signal:  How Soros used US Tax Dollars to Consolidate Power in Columbia   2017

In a recent letter to Secretary of State Rex Tillerson, six U.S. Senators asked for an investigation into whether the United States Agency for International Development was promoting the Open Society Foundations’ left-wing policies abroad.

State Department career officials gave the senators the runaround, but if Tillerson does launch the probe, he need look no further than Colombia.

USAID is contracting with left wing groups to agitate from the bottom… the government cracks down and is then accused of human rights violations. At the same time that human rights groups are agitating, the paramilitary groups are in there harassing the police too – so it’s like teasing a pit bull on a chain, at some point he’s going to get loose and tear you apart.

That’s how they do color revolutions.

Before all of that though, they give the people cell phones and technology so that they can organize flash mobs and record police actions.

It’s a formula. Same story all over the world.

I think Syria is where I think we see the second half of the war on national sovereignty.

Step 1. Technology
Step 2. Left wing insurgents and paramilitary harassment of police
Step 3. flash mobs, incidents, chaos
Step 4. Government cracks down
Step 5. UN and US step in with an offer the government can’t refuse. If the target country refuses to become a puppet state of the global technocratic, secret governing structure, he is deposed. It is a global STASI – secret police with full police state surveillance. It goes up from the local police department – to state to state police (fusion centers) to Main Justice Department to Department of Homescam Security to Intelligence Department (CIA) and global.

It begins and ends with technology – with hundreds of billions of dollars to be made by the private sector for each country they can destroy – and rebuild.

Assad was made an offer he refused.

I’m working on the pressure release valve which comes from the right – but that ultimately rewards the target country’s leaders and elite for selling out their country and their fellow citizens.  It leaves the majority of the people out in the cold.

What is your thought about Syria? Is the MB drawing the US to overthrow Assad?

Also, do you know anything about what is happening in Uganda/The Congo?

Assad would not agree to join the secret intelligence 5th column for the technocratic state. At the point when he refused, he signed his death warrant – figuratively if he leaves, but literally if he doesn’t leave (like Quadafi).

I thought Trump would stop this whole thing – but I believe he’s been captured by the deep state (intelligence 5th column) as well.

I haven’t looked at Uganda – but I’d say they are no doubt in one of the stages of the capture. What I’ve described to you is like boilerplate. There is a playbook and they follow it with every country. The difficulty in discerning the pattern is that the strategies are dynamic, people are not totally predictable and the news doesn’t tell the truth on the ground of what’s happening because they are part of the 5th column.

I forgot to say that this is how the refugees are being created.

Here are the stories I wrote on Libya. Libya is classic of the strategy.

Once the leader of a country agrees to accept the terms of the pressure release, then economic development begins – including foreign direct investment.

All of that investment takes place is zones – which become the global hubs – chokepoints on the country’s economy. Also the financial part is that the countries must begin exporting – export their production and import their consumption. Only the selected people in the zones make real money, the people outside of the zones are left out in the cold and the people who live within the zones work for peanuts.

That’s how the global technocratic tyranny is being built.

When you say capture, who captures?  Who is the group?  What is your definition of the “fifth column”?

Most directly, I believe it’s the global organization of intelligence agencies who are using technology as a weapon of control.

Above them, it’s easy to say the World Bank, IMF, OECD and United Nations. But they are creations that came out of World War II. When you go back before that to the League of Nations and before that…

The ultimate head of the snake is the City of London and I can now give the name of the organization that I believe is for sure.  It’s the Hanseatic Society that probably created the City of London as a “Charter City” – a separate international territory on the British Isles. It’s a country within a country. The system of “governance” is the livery company system. My analysis of the livery company system is that it is the most powerful organizational structure the world has ever seen.

When the United States got involved I believe was 1905 when a group of businessmen met in Liege Belgium. They formed an organization of businessmen and signed a compact with the Carnegie Foundation. I think the plan was and is to this day, the elimination of the nation-state with “governance” of the economy supplied by corporations and “social governance” supplied by the non-profit Foundations chief among them, the Carnegie Foundations.

I have a book called the Merchants of Peace (1938) that describes the creation of this insurgent organization with the intent to change and control the entire world at the global level.

In 1921, one of the international compacts was the Barcelona Declaration of 1921. It created the Convention and Statute on the Regime of Navigable Waterways of International Concern. It included provision for landlocked states to have inland ports on transportation routes for international commerce to a seaport city.

In 1921, the Congress created the New York/New Jersey Port Authority as a regional organization responsible for transportation and infrastructure in New York and New Jersey. When I did this research, the Port Authority had grown to cover over 1500 square miles of territory – even going in to Connecticut as I recall.

The system of ports, inland ports and regional organizations is going to break up our country because every port whether inland or seaport claims independence.. and I think they become sanctuary cities because they no longer consider themselves under the laws of the United States. They consider themselves under international maritime law – but there is no law beyond commercial shipping.

That’s my best analysis of what is going on and who is behind it. I was a Computer Systems Analyst and as such, one of my functions was to study the organization then using computer systems to make it more efficient. When all of the weird stuff started happening in our country, I applied my skills as an analyst – beginning with the computer systems and simply following the trail seeking the source of the problems because you can only fix a problem at the source.

I define fifth column as the insurgents within our government that have been bought off or blackmailed to participate in the takedown of our country.