On September 12th, the North Atlantic Council met again in response to the appalling attacks perpetrated yesterday against the United States. The Council agreed that if it is determined that this attack was directed from abroad against the United States, it shall be regarded as an action covered by Article 5 of the Washington Treaty, which states that an armed attack against one or more of the Allies in Europe or North America shall be considered an attack against them all.

On September 12th, the North Atlantic Council met again in response to the appalling attacks perpetrated yesterday against the United States. The Council agreed that if it is determined that this attack was directed from abroad against the United States, it shall be regarded as an action covered by Article 5 of the Washington Treaty, which states that an armed attack against one or more of the Allies in Europe or North America shall be considered an attack against them all.

On July 15, 2021, Milley Marks (sic) Full Operational Capability of NATO Command in Norfolk   Be sure to watch the video as Ms. Milley hands over the keys to the kingdom.

The chairman of the Joint Chiefs of Staff marked the full operational capability of NATO’s Joint Force Command — Norfolk, saying the command is integral to the alliance’s strategy for maintaining peace.

As you listen to the remarks of Mark Milley, notice that he talks about Hitler’s Germany and how they were able to rise so quickly taking control of the countries in central Europe due to the German’s ability combine technologies and that is the situation we are facing today.   Not coincidentally, the  Germans apparently succeeded again in combining technologies to conquer the world.

A Blast from the Past 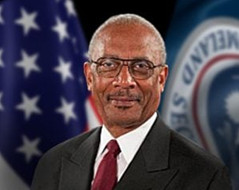 According to the research of Professor Niels Harrit of Denmark, Frank Taylor provided the report that NATO used as confirmation that the 9/11 attack on the U.S. was orchestrated by a foreign network of terrorists called Al Qaeda.

Frank Taylor (aka Francis X. Taylor) was nominated by President George W. Bush on March 21, 2001 to be the Coordinator for Counterterrorism with the rank of Ambassador at Large.  Prior to his nomination, Taylor was the Commander of the Air Force Office of Special Investigations.

So how did Taylor gather the information so quickly to name Al Qaeda  as the foreign terrorist network that carried out the attacks on the WTC?   How about because George Tenet as Director of the CIA had spent the late 1990s building the legend of Osama Bin Boogey Man and reengineering the intelligence community for counterterrorism.  Tenet purged most of the cold warrior CIA officers and brought in a lot of new people – not in conformance with traditional CIA hiring practices.  (prior research on George Tenet) 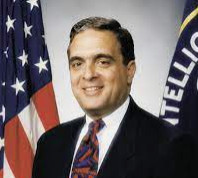 Tenet’s nomination culminates a swift rise through the ranks of Washington staff jobs, beginning as an energy association employee and a legislative assistant to the late Sen. John Heinz (R-Pa.), and progressing to staff director of the Senate intelligence committee and then senior intelligence adviser on the National Security Council staff.

. . . At his confirmation hearing in June 1995, Tenet also had cited four other personal priorities for his tenure at the agency: providing “actionable” intelligence that cannot be obtained elsewhere, implementing the “reengineering” of the intelligence community, revitalizing its troubled Directorate of Operations, or clandestine service, and upgrading its counterintelligence capabilities.

. . . It was in that job that he wrote four major presidential directives that set new intelligence priorities, revised the government’s declassification policies, established a policy on the sharing of information collected by satellites and revamped the government’s counterintelligence efforts. . . At the White House, Tenet was a principal author of PDD-35, a classified presidential directive that set out new priorities for the intelligence community, including providing support to military operations; stopping counterterrorism, counternarcotics and organized crime; and penetrating radical countries in the Middle East and elsewhere.

Brenton Greene, the director of the NCS, will tell the 9/11 Commission that “on the 10th of September, miraculously, the SRAS… system was turned on for exercise mode, and thus it was ready to function on September 11.”

At some point after the White House is ordered to evacuate and while Air Force One is preparing to take off in Florida, counterterrorism “tsar” Richard Clarke activates the Continuity of Government (COG) plan. The coordinator for Continuity of Government has joined Clarke in the White House Situation Room. Clarke asks, “How do I activate COG?” Recalling this conversation, he will later comment, “In the exercises we had done, the person playing the president had always given that order.” But the coordinator replies, “You tell me to do it.” Soon after, Clarke instructs him, “Go.”

In 2015, when I was writing for TVOI News, I wrote an article about the event that Allen & Company hosts every July in Sun Valley, Idaho because we got a tip that the Secretary of Defense’s plane landed at Boise Airport.  In the TVOI News article, there is a link to an article in Variety that confirms the fact that Sec. Def. Ashton Carter did attend the rally in 2015:

The article has a video produced by Mark Dice.  Check it out and check out Mark Dice’s channel for other videos about the Tech Gangsters.  He’s one of the view investigative reporters to report on them.

The question that begs to be asked out of all of this:   Who is running this shit show we call a country?   I really don’t know.

The Dysfunction of Functional Organization